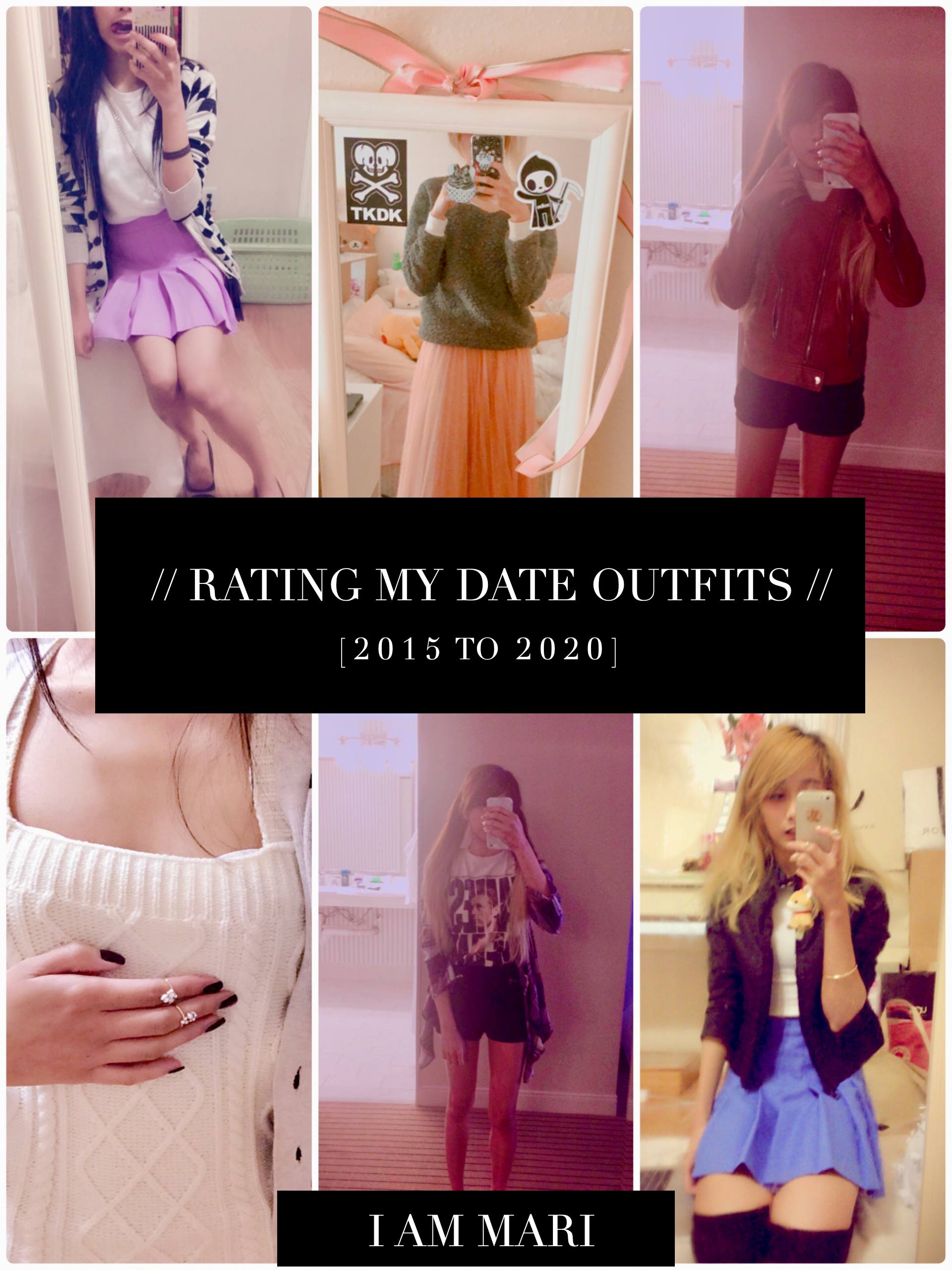 This post was inspired by Emma Chamberlain’s video where she rated her old outfits over the years. So I give major credit to her for getting me started with this post. Especially this year where I’m not doing any hauls and the try-ons I was planning can’t really take off right now with social distancing and everything. I’m not bummed out about that last part btw. I’m all for everyone’s safety. So, I’m glad the idea of doing old outfits so that I can push out new content without a lot of effort. Also, this is just the date outfits for the first or second dates. I didn’t bother making an anthology of third or fourth dates because I don’t really remember them that well and I’d have to dig out a lot of stuff from old photos which I don’t think survived (Dealing with corrupted files right now sigh). Anyway, let’s get started :D 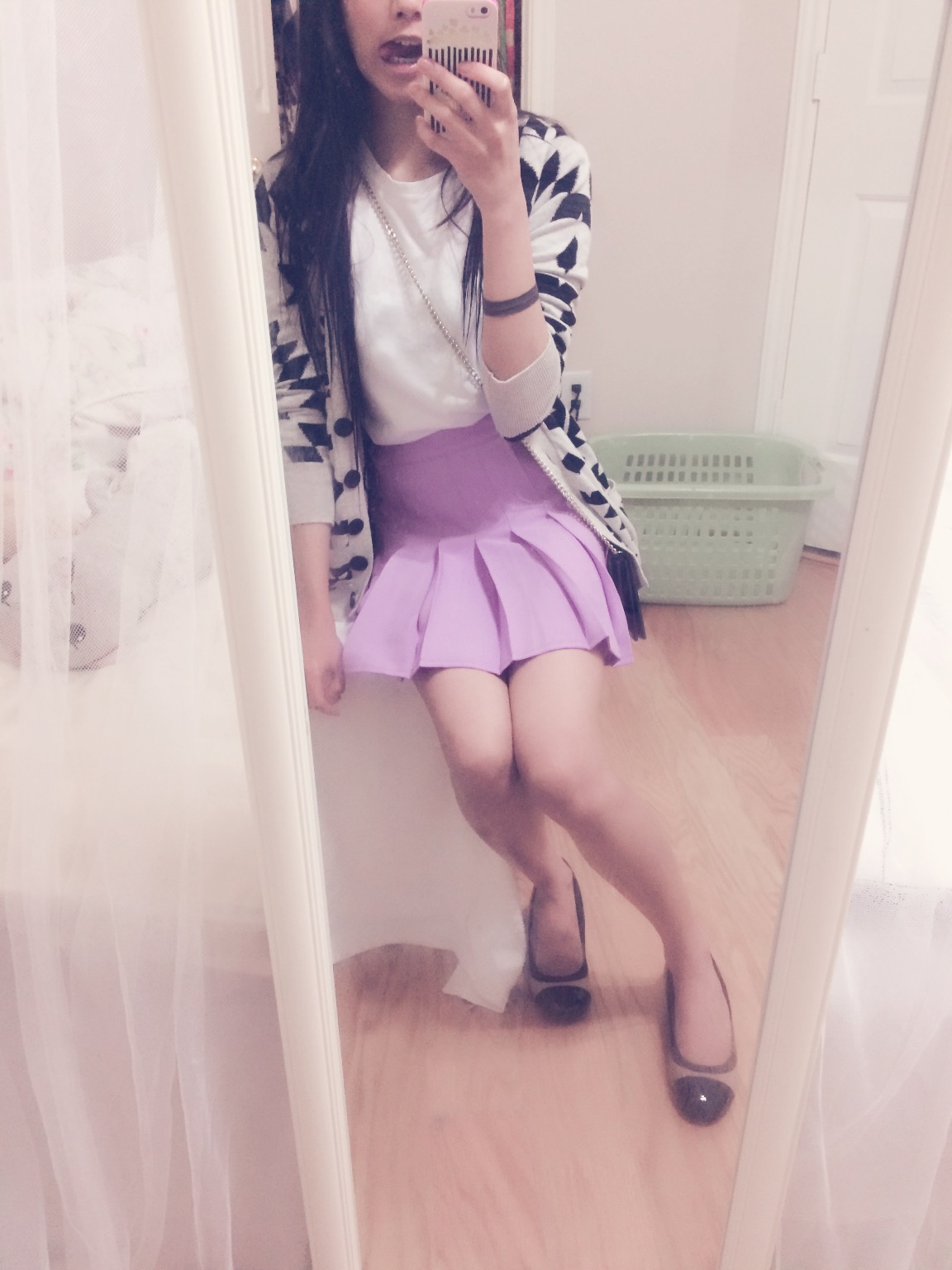 2015 Summer |  My favorite part of this outfit is the lilac tennis skirt. I love how when you sit down it just fans out and highlights your thighs and it just looks super flattering and dainty and feminine. I paired this with a black and white geometric cardigan and then topped it with a plain white tee. For shoes, I used a nude wedge. I’m not sure how to rate this outfit. In terms of how pretty I felt, I’d give it a 10 / 10 because this was an important date with a crush at the time :D In terms of practicality, I’d give it a 7 / 10 because the wedges really hurt while walking around and that’s my fault because I didn’t bother breaking it in first. Also, I thought wedges would be a lot better than heels but that wasn’t the case because I tripped while walking over to my crush’s sports car D: It was embarrassing but at least he didn’t drive away even though I was a mess. Also, if you don’t already know, I love Evangelion and the promo outfits of the pilots outside of the show is pretty similar to what I’m wearing above. 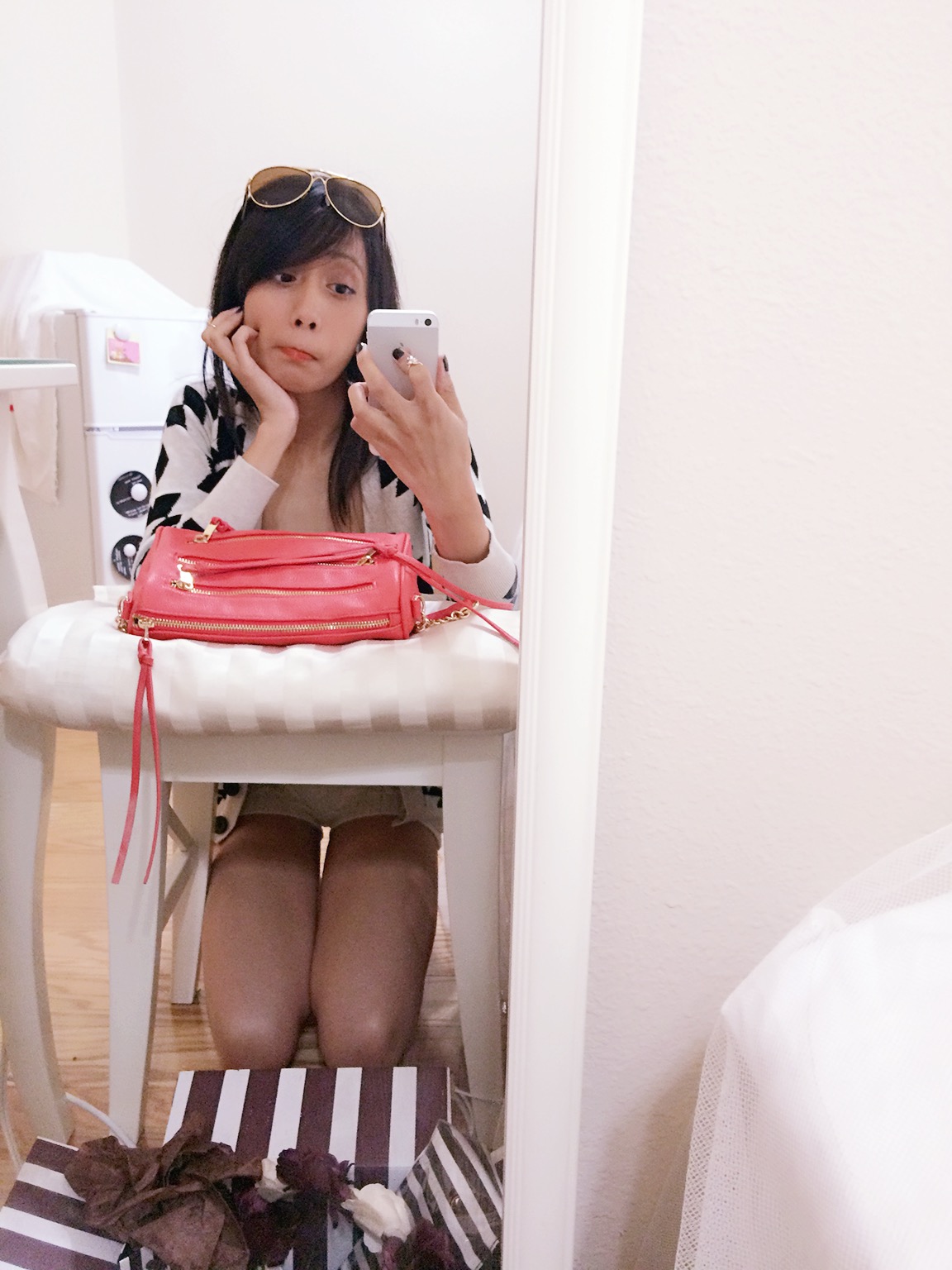 2015 Fall |  I didn’t take an OOTD for the first date, but the photo pretty much says what the previous date photos were before: Lots of creams and whites. I know I wore a white knit top that’s kind of see-through and white shorts paired with a black vans slipper. It was just for movies in the afternoon and also for walking together in this outdoor mall / boutique places. I’d actually give this outfit a 10 on both practicality and fashion sense. Because one,  I love shorts more than skirts. And two, I love flats and sandals more than anything in the world. My feet didn’t have to hurt and I got to do a lot of walking without being in any sort of pain :D Also, I think the fact that this guy was a rebound helped with not putting too much effort in any of my outfits but I still had a lot of fun hanging out with this guy. 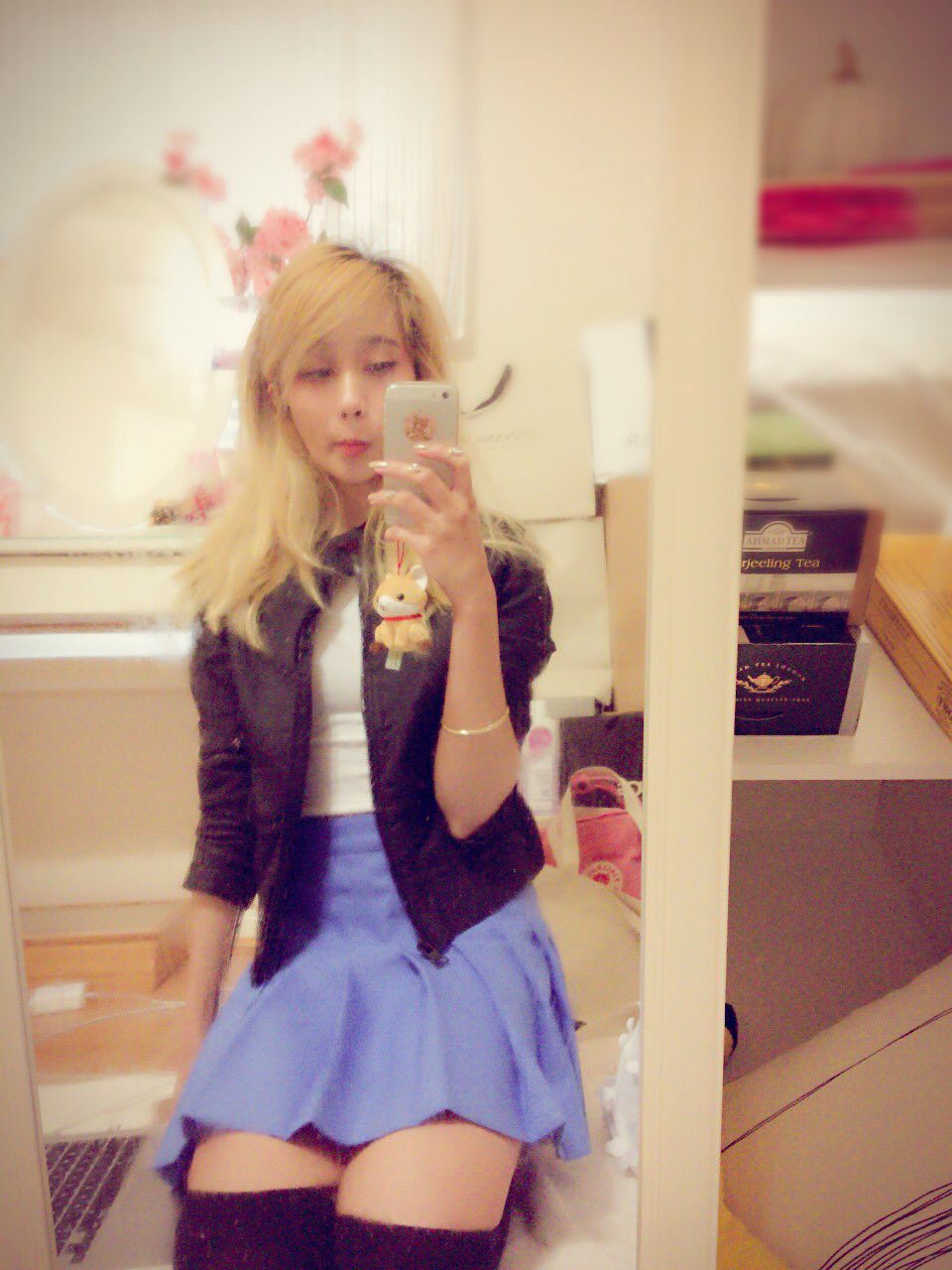 2017 Spring |  I think I was going for the Alice in Wonderland kind of theme here with the baby blue, white, and black colors to go with the medium blonde hair. For shoes, I did the classic Adidas with metal gold accents. I really like the black biker jacket that I had paired with the two pieces I bought from American Apparel. I really like this outfit that I pulled together and I’m giving it a 10/10 for both practicality and fashion sense. -1/10 for the guy I went with though because he’s an asshole and he treated me like garbage D: Sorry, I pulled a story time on you. I’ll try to do less sidebar moments in the last two outfits we’re going to judge :D 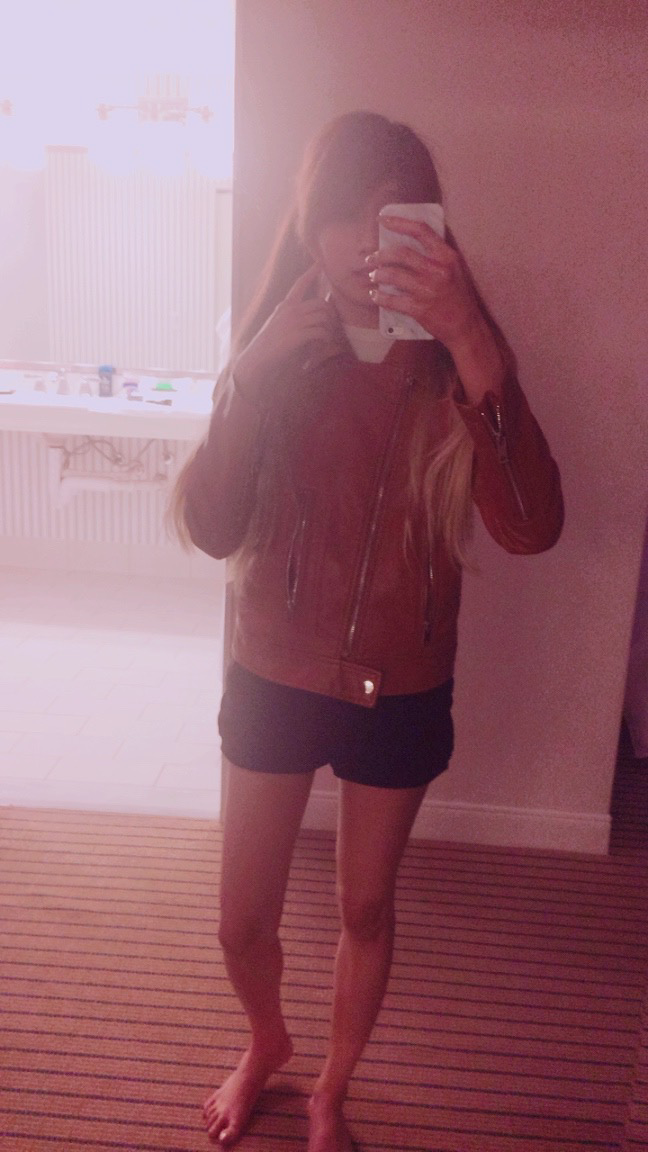 2019 Spring/Summer |  I’m always surprised that date outfits with the guys I really really really like always score the lowest lol. I feel like I have to rate it almost the same as the guy I went with in 2015 Summer. The practicality of this outfit is at most a 6 out of 10. Because, I didn’t know that it’s super cold in San Diego and the shorts and flip flops wasn’t doing it, honey. At least, I wouldn’t be lying to my date that I really was cold. Anyway, I falsely assumed that it was going to be Sunny in San Diego the minute I arrived. I really liked the black shorts with the brown leather jacket. I felt like Serena Van Der Woodsen in the pilot episode :D So if there wasn’t a weather issue and ignorance on my part, I’d give this a 9/10? Originally, I had this outfit planned for the Japanese Garden we were gonna go to in the morning :D Looking at this photo makes me miss having long blonde hair so much. I have to chop most of it off during Quarantine ; - ; My date/crush last year’s outfit was on point, unlike me. They had layered hoodies and jeans. And he was super tall so he could pull off any outfit. 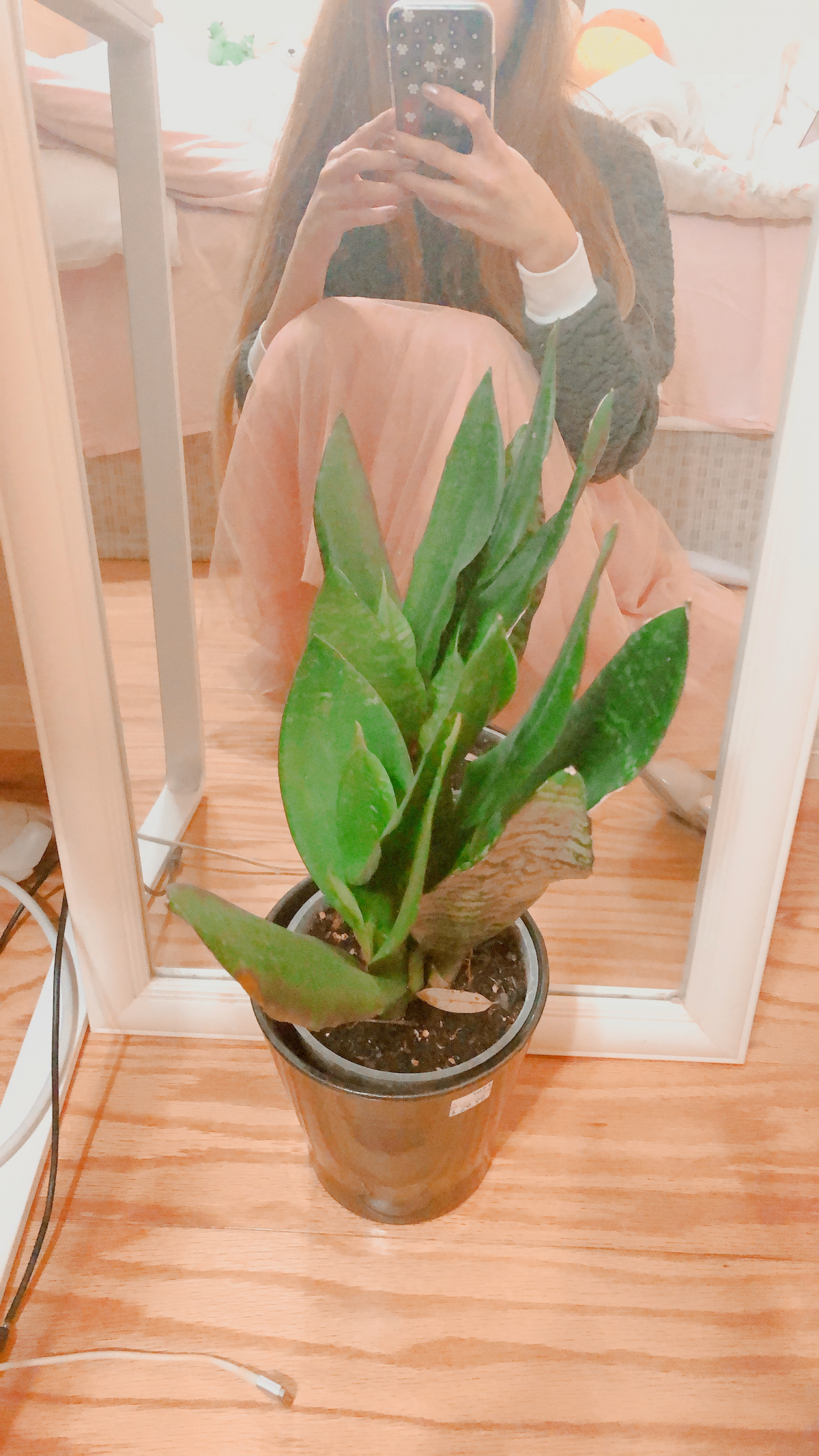 2020 Winter | I had no idea this was the last date I was gonna ever go to this year haha. I have to say this was my favorite outfit that I ever put together for a date. I just felt like Sarah Jessica Parker from Sex And The City with the pink tulle pleated midi skirt and the grey fluffy top. I also like how I had flat nudes for walking. It was only for the movies but I think it elevated the outfit even though they weren’t heels. So I’d give this a 10 /10 for practicality and style. I wish I also took an OOTD with my date at the time because he had this cool black leather jacket that matches the grandma vibes I was giving off :D haha + he was also really tall.

And that is it for the Rate My Date Outfits Post. Sorry for the long intro and also the long outro that’s coming up.

I wanted to create a separate post when it came to romance/being aromantic/asexual. But I’ll just post a teaser question for now:  Do you think romance should be pursued at every age?

I kind of want to pause anything that has to do with relationships right now. I think it’s harder as you get older. Especially when you keep absorbing news about dates that has gone wrong with serial killers out there and so many abusive partners stories too . _ . I will say that I am lucky enough to have ex-partners that aren’t crazy. Or at the very least both sides have been good sports when it comes to things not working out.

My tagline for my blog does say ‘relationships’ but maybe I’ll just be a book blogger for a while, reviewing rom-coms. I still enjoy romantic scenes from Disney films or from pages of a novel, I just don’t seem to have that glow or want when someone mentions love because as I’ve said previously that whole longing and pining stuff has been tainted by crazy people out there . _ .

Man, writing about this post makes me wish that precedented times were here again ; - ; Also, I’m super hungry while writing this post and #amwaiting for sushi to arrive from my favorite sushi place: Izakaya Hi. I’m scared of the second wave coming but it looks like my state has nothing scary to report so far, so I’m relieved.

Take care friends! I hope to see you soon!

Dont’ forget to wear your mask, wash your hands frequently, and stay positive!

Check out the full post by clicking the link on my bio/intro! :D