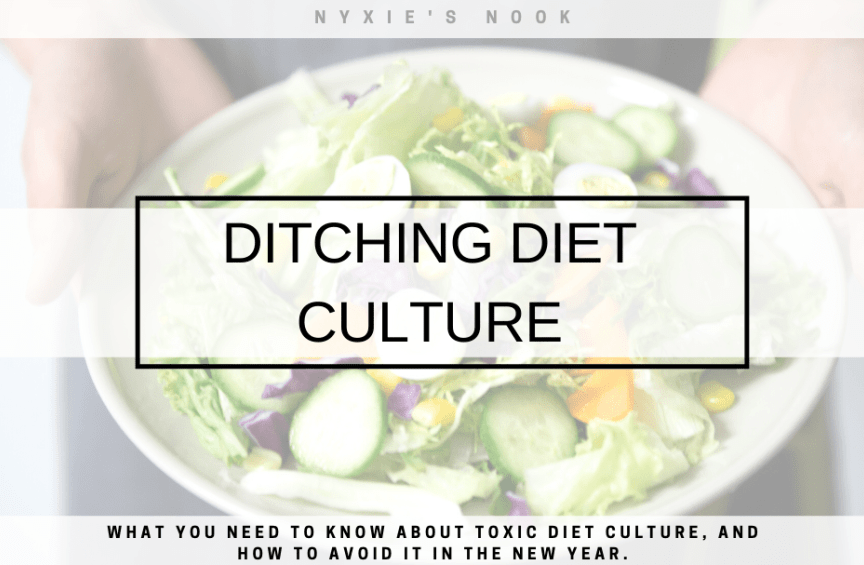 What you need to know about toxic diet culture, and how to avoid it in the new year.

Diet culture has always been in my life whether I wanted it or not. It started with the dieting of the women in my family and has somehow ended with a life long eating disorder on my part.

I wasn’t always obsessed with restriction and counting calories, but that doesn’t mean my relationship with food has ever been healthy. In fact, I’m hard-pressed to find or recall a single positive interaction with food that hasn’t been followed by guilt.

Yes. Even as a child.

Of course, I’m not blaming anyone. Diet culture wormed its way into my family’s lives because it was everywhere, and the body ideal was everything that they weren’t.

“The weight loss may have been justified, but its toxicity wasn’t and never will be, no matter how big or overweight you are.”

I’ve learned that a healthy and balanced relationship with food is the key, and not the restrictive ‘bad food’/’good food’ society we’ve been thrown into.

How to ditch the diet demons.

We’ve talked about this before on the blog, and in great detail too. FAT is NOT a feeling!

Instead of saying you feel fat, why not try something else? It’s okay to have an off day with your body, we all do, so express what you mean using the correct terms.

“I don’t feel comfortable with myself today.”

Already it sounds better than the former. You’re expressing what you really mean and giving someone else the opportunity to step in with something other than ‘You’re not fat’ or ‘Stop saying that.’

Food = Medicine. It won’t cure a disease but it fuels your body with various components to help your immune system. It’s also fuel for our tank, and without it, we wouldn’t last very long.

Giving food negative labels such as ‘bad’ is creating the assumption that we shouldn’t eat it, and if we do then we’re behaving badly. I’ve even heard people say ‘Oh, I’m so naughty for having this chocolate bar.’ News flash, Helen, you’re being human.

As for ‘guilt-free’ foods, all food should be guilt-free. The idea of any food being guilty is a farce. Even if you are watching what you eat, giving the food the power of ‘good’ or ‘bad’ only causes more stress. It’s a sure-fire way to develop a negative association with eating.

Although you may be old enough to know better, and therefore less susceptible to believing negative assumptions with food, young children are impressionable. Creating this narrative around food leaves children more open to developing a poor relationship with food, and can lead to life-altering eating disorders.

Finally, if you’re out with a friend and they happen to be eating a so-called ‘bad’ food: Keep your comments to yourself. It might be their favourite, it might bring back memories of childhood, or they may be on a meal plan which requires it. Don’t ruin that for them!

Want to know more? Check out the full article on Nyxie's Nook! 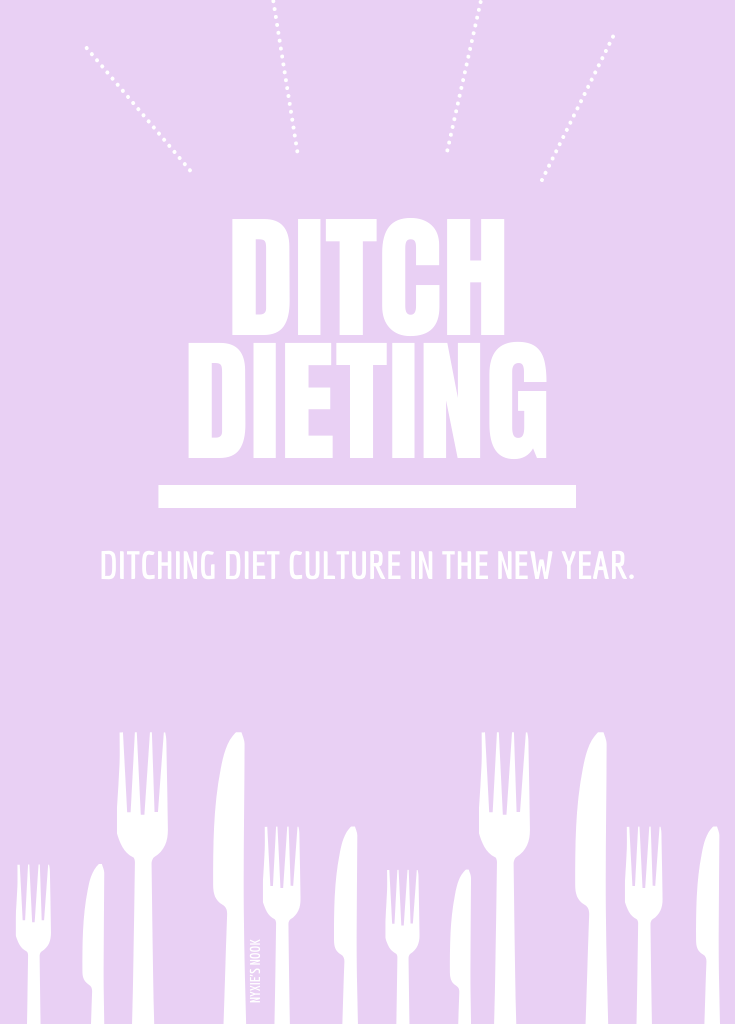