FEMOJI | FEMALE EMOJI AND THE CHANGE OF MALE REFERENCES FOR WOMEN 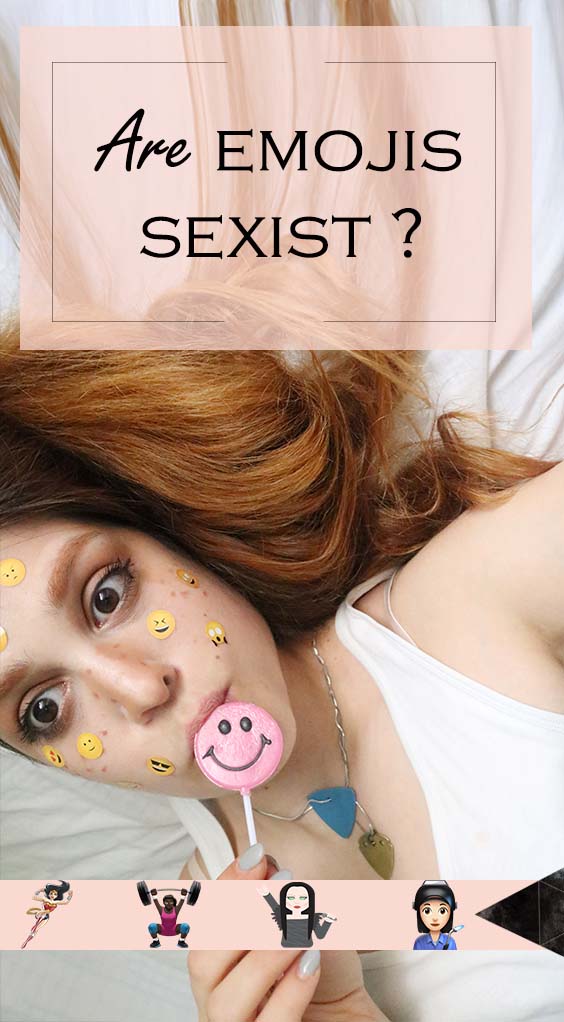 Smileys with luscious lashes, female super hero emojis, girly ideograms as quick shortcuts to express an emotion or a situation at a given time.

Or is it more than that?

The truth is we all use emojis -in fact 92% of people online rely on one to quickly make their point and more than 6 billion are exchanged daily. Emojis have become an integral part of our communication when words are either too much or not enough. Some claim it’s the first truly global form of communication. A true universal language. There’s even an Emojipedia a reference website in case you want to dive deep into your emoji knowledge. And if you think that’s cray cray wait till you hear this: Emojis can and will be used in a court of law against you.

And the more we use them, the greater variety we need, in order to be able to translate our feelings. And here lies the concept of a fair representation of women in social media which has been heavily criticized from all sides while the very same social media are pushing the concept until it eventually enters mainstream thought. 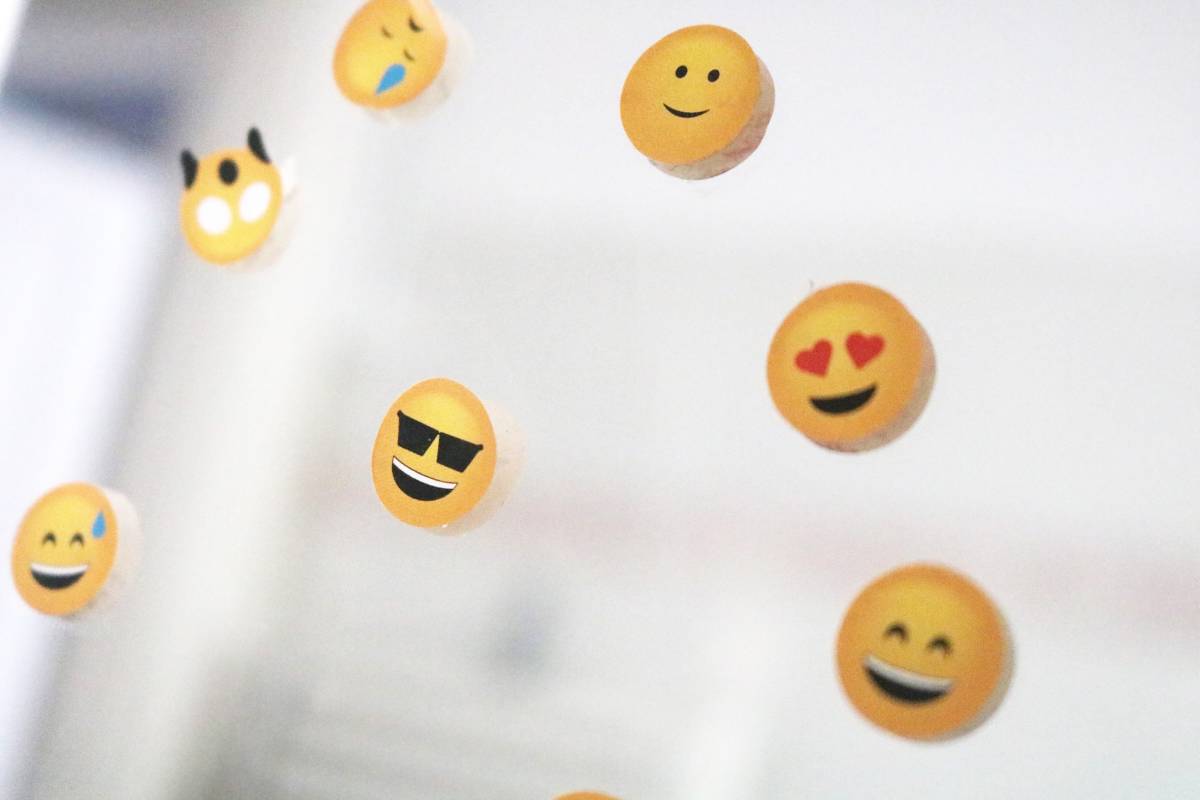 Quite recently my messenger inbox flooded with messages regarding the new “ginger” emoji they were thinking of adding to the collection. People tagged me every time they came across it on their feed. And it was cool because I absolutely love engaging with my readers but at the same time I was intrigued by the realization that this is what people associated me with. Strawberry blonde hair? That’s perfectly fine, but I’m pretty sure I don’t need my emojis to be also redheads to feel like I’m accurately represented in the emoji world. I’m pretty sure I can represent my own Chelf as it is.

Regarding the business world I don’t want to be seen as a woman.

I’d rather be seen as a valuable part of the team who brings a lot to the table, rather that a woman, a man or a ginger for that matter. I happen to find gender, age or color completely irrelevant.

Having said that, I think it’s wonderful for women to be represented on films as the real badasses that we are. Super heroes, equally super to everyone and anyone else.

But will a greater variety of emojis improve the standards of our current living? Or are we losing sight of the bigger picture while we are focusing on our mobile screens?

We sure aim towards maximum equality but will a girl doctor emoji shield us from gender discrimination? Will a femoji scientist in a variety of colors confront any sort of offensive behavior against women or is it a drop in the ocean? 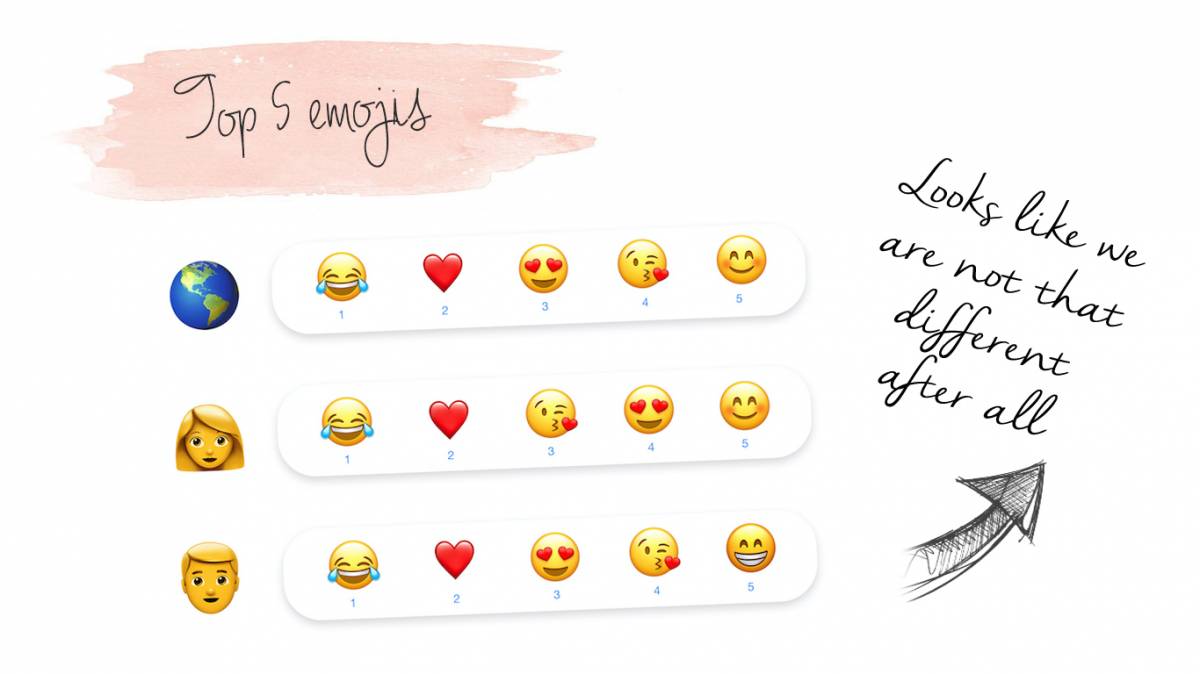 Surely not, but let’s take a step back and see what is the real lesson that such concepts

It’s obvious that women feel underappreciated still. Whether its academia, business or politics there always seems to be a glass ceiling. Women with full-time jobs still earn only about 77 percent of their male counterparts' earnings. 62 million girls are denied an education all over the world. Less than 30 percent of the world's researchers are women while women currently hold 24, or 4.8 percent of CEO positions at S&P 500 companies.

The numbers are against us but thinking that introducing emojis that will accommodate a broader gender spectrum will fix things is plainly wasting brainpower.  Which could be of a better use trying to figure out how to end discrimination in the real world.

(what we need is a better version of the world itself).

How about gender fluid emojis to serve the very simple purpose of easily expressing our lolz while we are rushing to catch the last bus home, or while we are trying to do the dishes with one hand and not getting water on our phone with the other. Or while saving the world if you find doing the dishes offensive.

The only perfect representation of women is, well, women themselves.

Cheers to a better future,