New York or Los Angeles: which city is for you? 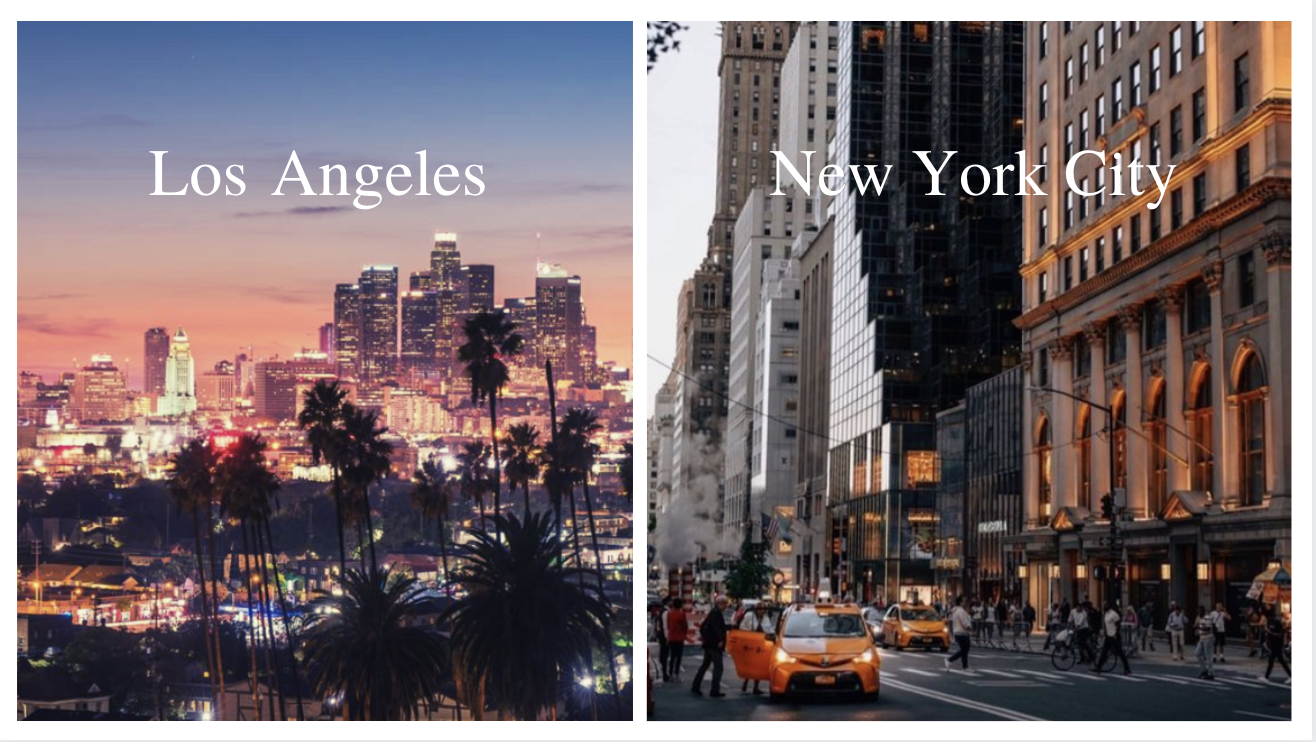 We’ve all heard of New York City and Los Angeles, two internationally recognized cities filled to the brim with dreamers, idealists, realists, and everything in between. As a high school student, I knew I wanted to end up in either of these cities. I lived close to Los Angeles and visited it quite frequently, thus becoming familiar with the comfortable, sunny atmosphere. It wasn’t until I later experienced a summer in the east coast (Boston specifically) that I realized the east coast was a whole different world that I had never opened my eyes to as my whole life had been centered around the beaches, nature, and suburbs of the West Coast. From that summer onward, my mind was set on living my life after high school in New York City, and it took another half year for me to turn that dream into reality. After experiencing the most iconic cities of both coasts, here are the main differences I’ve noticed between the two in order to help you better understand which city is more suitable for you. 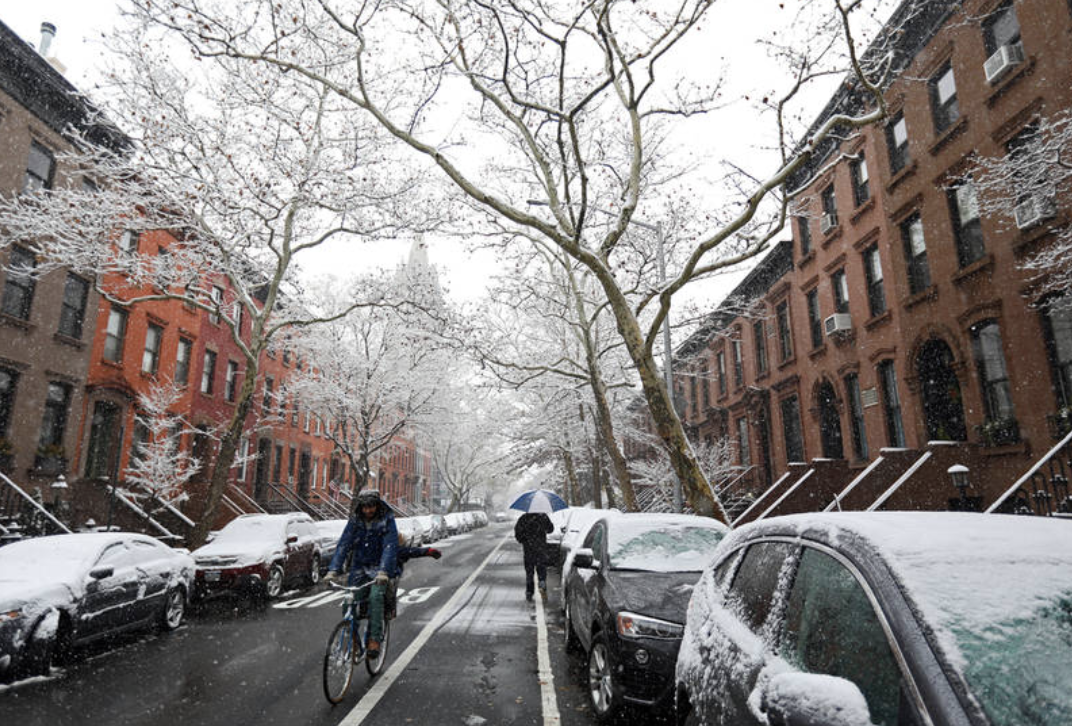 The most physical difference you will experience from these two coasts is the weather. The east coast has four distinct seasons that can be fully experienced, from hot, humid, noisy summers, to frigid white winters— and let’s not forget fall, where the city dawns a colorful autumn palette. While these seasonal changes can provide more character to each year in your life and provide a backdrop and change of scenery as you go about your life, be aware that these seasonal changes will be harsh on your body. Winters in the east coast are notorious, and last practically for half the year— which can indeed get gloomy at times. As for snow, it’s not long before a fresh sheet of fluffy white snow will turn into black slush that awaits you, threatening to make you slip. In the winter, when temperatures fall under 20 degrees, a huge jacket will become your best friend and something that you will have to lug around with you everywhere—nightclubs, subways, the office. This can quickly become a hassle, but there’s not much else you can do to fight the cold. On the other side of the country, however, the temperature doesn’t fluctuate much at all, and if it does, will still remain within a relatively comfortable temperature range. Los Angeles (and California in general) is famous for its kind weather and sunny skies. It is a land of comfort, where you won’t have to worry about things like snowstorms and slippery ice. The downside to this however is that you won’t get the distinct beauty of seasons like you would in other places, as the weather tends to be very consistent and predictable throughout the year. 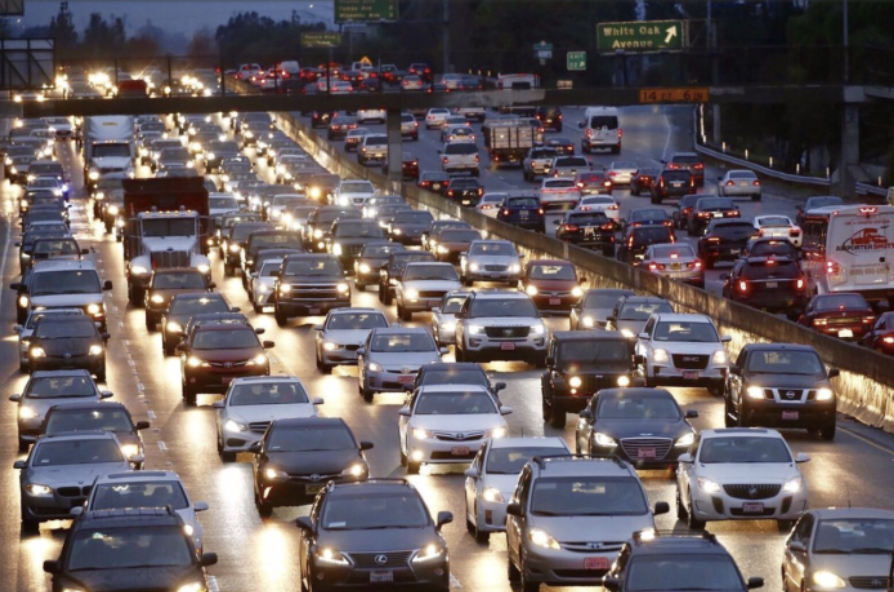 Another thing that will be different in day to day life is your daily form of transportation. If you're planning on living in Los Angeles, you will most likely need a car to get around from place to place. A nuisance that will follow, however, is the notorious dilemma of LA traffic. If you’re on the road during rush hour, be prepared to potentially sit in unmoving traffic for hours. In New York City, there are several ways for you to escape traffic. You can walk and take the subway and get from one end of Manhattan to the other in a much shorter time than you could in Los Angeles. This is partially due to the fact that Manhattan is much more condensed and physically smaller in size than the vast Los Angeles, enabling other feasible modes of transportation such as biking and walking . The difference between these two cities in terms of transportation, however, is simply that you will likely need a car if you live in Los Angeles and mostly likely won’t if you live in New York City. 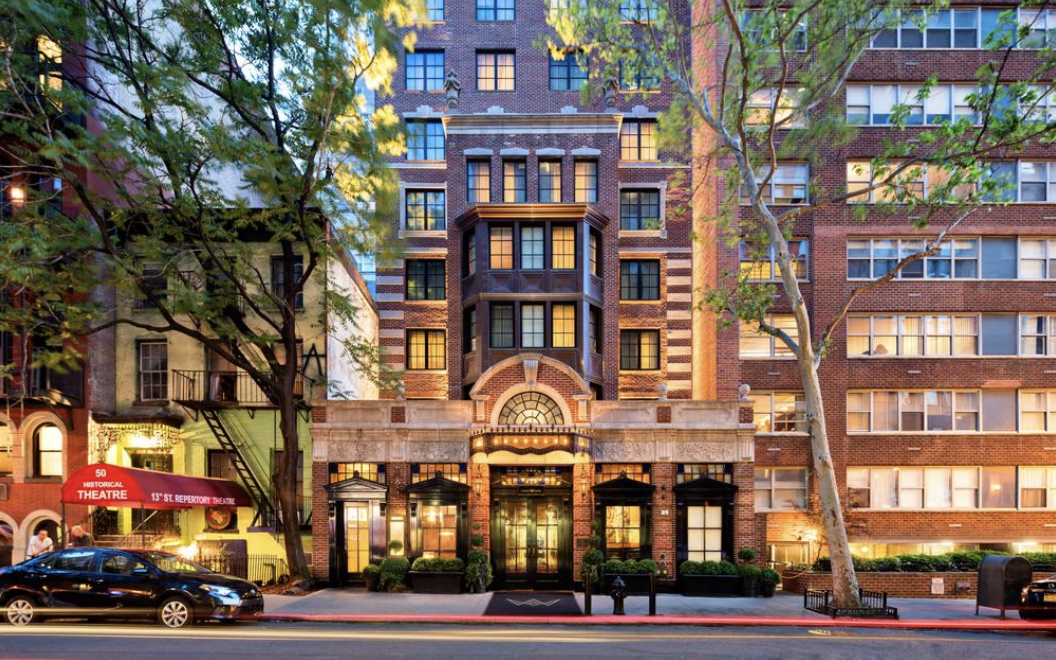 New York is characterized by European influence, and this manifests itself into the overall aesthetic of the city. For example, several of the buildings and architecture you will see in New York are reminiscent of European styles and generally have a more traditional appearance. This traces back to the history of the east coast as well as its proximity to Europe. Moreover, New York and its surrounding regions are filled with important historical sites such as Ellis Island. Los Angeles on the other hand, is a completely different story with completely different historical influences that result in its own distinct aesthetic. Overall, Los Angeles is more advanced, modern, clean, simple, and expensive looking, with less traditional architecture. Structures are less compact than in New York City and generally less lofty as well. Los Angeles is a hot spot for trends, and these often influence the appearance of the city as well. 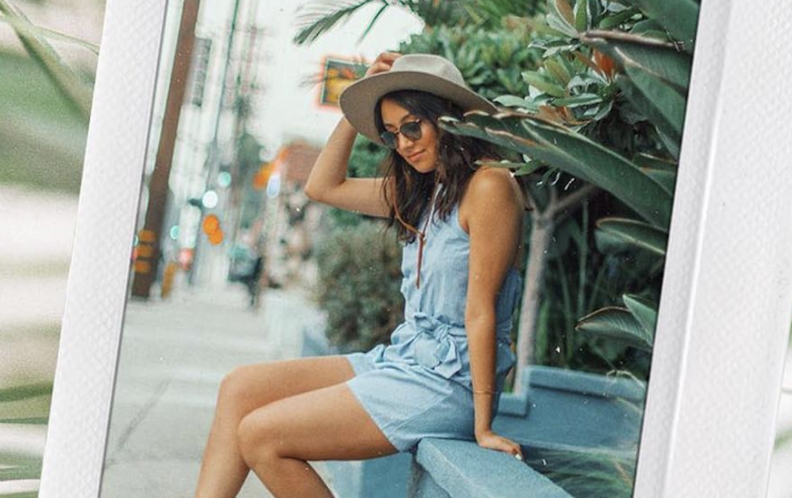 Culturally, these two cities are vastly different and the energy of these cities will quickly catch up to you. As previously mentioned, Los Angeles has a more up-and-coming, modern and trendy air to it. Los Angeles places a heavy focus on beauty, appearance and lifestyle. Popular activities usually revolve around health and beauty, whether it’s a spa session, a hike, tanning on the beach, a yoga or pilates session, or grabbing a healthy post-workout brunch. Los Angeles is a popular destination for young internet stars— YouTubers, TikTokers, Instagammers, influencers—which contributes to a more trendy, appearance-based culture. New York on the other hand, has a more hustle-based culture. It is a vast concrete jungle that is famous for its hectic, bustling, energetic “go, go, go” energy. Depending on your personal preferences, this can either stress you out or motivate you. It truly is the city that never sleeps and can sometimes be a rough, unfiltered environment to be in—but at times can also make for a more “real” experience. 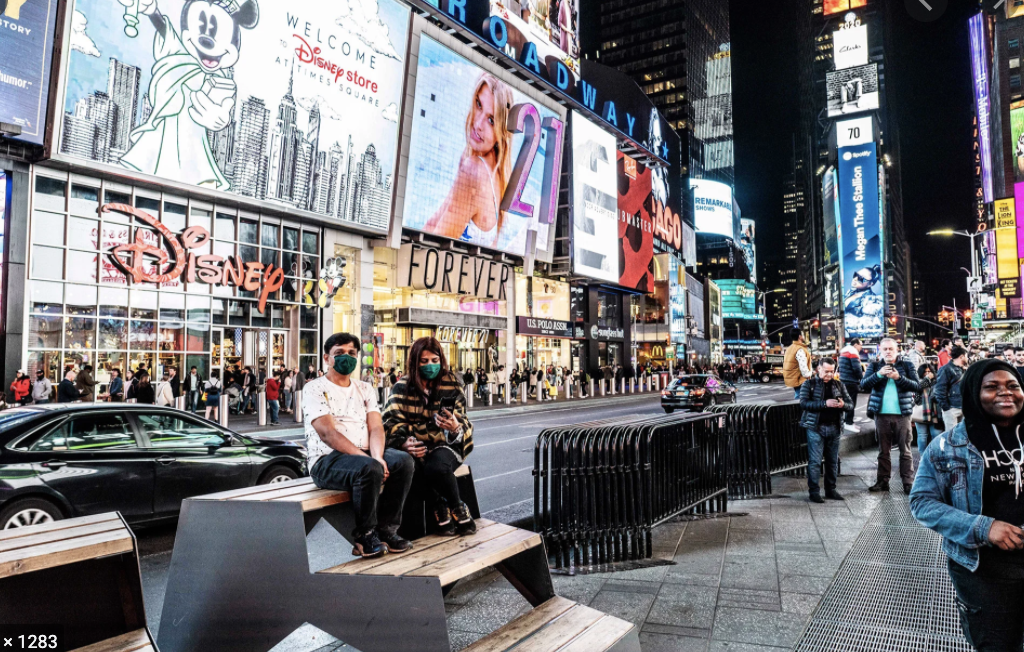 Another important factor to consider is the industry you want to be involved in. Both cities are hubs that can take your career to another level, but depending on your path and interests, one place will most likely be more suitable for you than the other. Los Angeles, being the birthplace of Hollywood, is famously known for its commercial and entertainment industries. It is a really popular spot for aspiring actors and models especially in the realm of digital or social media. New York City on the other hand, famous for broadway shows, operas, and New York Fashion Week, is more focused on the performing arts and fine arts. It also has more diversity in terms of industries— ranging from the arts to Wall Street finance and many more industries. As New York has been a major city throughout most of American history, most large companies have a presence or seek to establish one in New York. 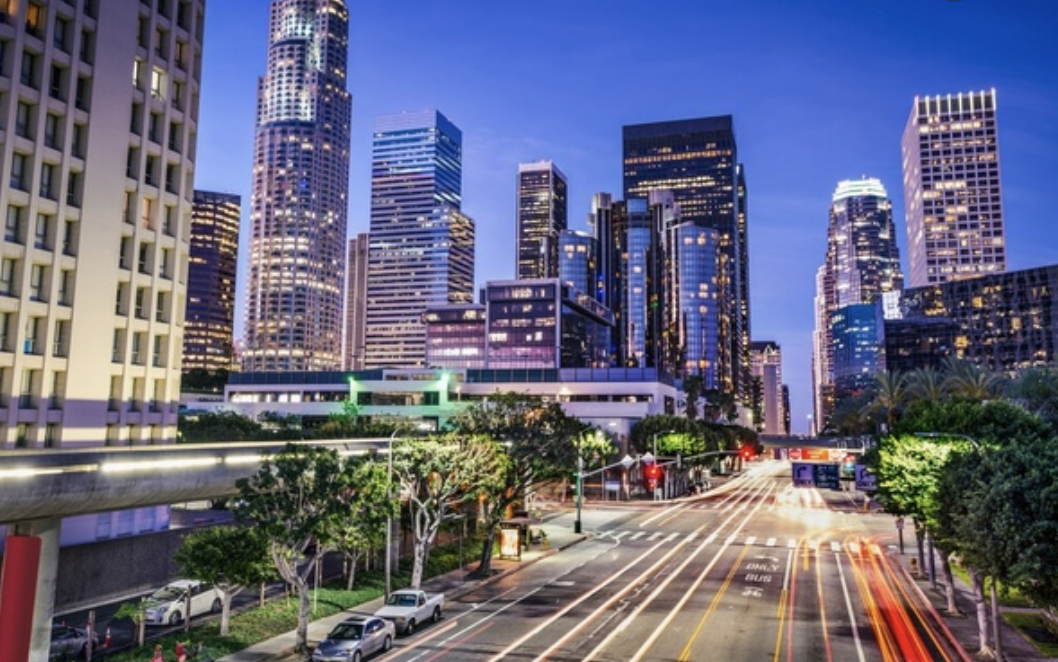 I want to share one quote that compares these two cities, and it is that “New York is hard on the body while LA is hard on the soul.” As someone who's experienced both places, I highly resonate with this quote for several of the reasons listed throughout this article. From my experience, both these cities are worth getting a taste of but at its core are incredibly different. If you are possibly considering moving to either New York City or Los Angeles, ask yourself: what is in each city that you like and dislike? What are you looking for in these next few years of your life and what do you want to take this period of your life to do?  Consider your personality and weigh it into the known characteristics of each city. You should choose the place that you see more potential in for your life to bloom. Other than that, go with your gut feeling! Go to the place that will bring you the most excitement and inspiration on the daily, and that’s how you know you’ve made the right decision.