5 Castles You Need to Visit in the UK 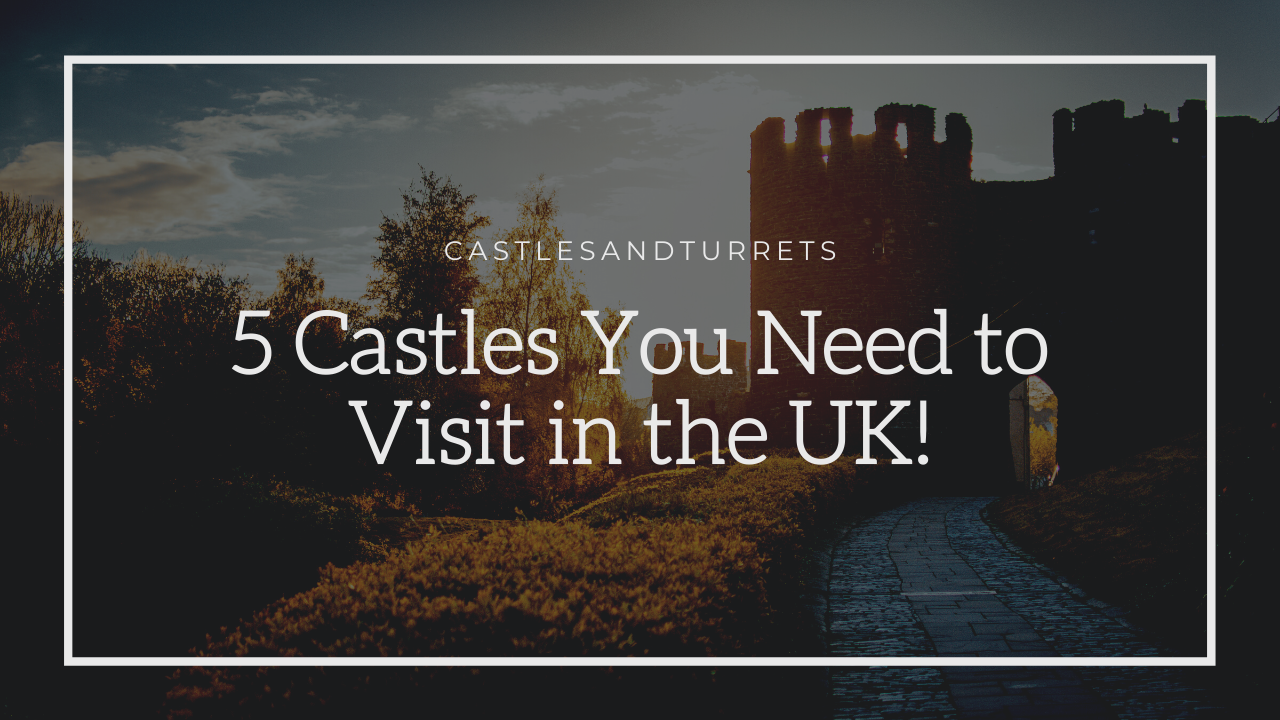 Hi there, I'm Isobel and I blog over at castlesandturrets.com. You can head on over there if you are interested in finding more castle related posts, or would like to learn about how history and travel go hand in hand!

Anyway, this post will explore the top 5 castles that you need to visit in the UK. There can be no doubt that the UK has some of the best castles out there. There are plenty that are dotted around the country, which is why it can often be hard to pinpoint which ones you want to visit first.

No matter where you are going, you will probably be able to find a castle or two on your journey. That’s the great thing about the UK, it’s easy to find a castle and explore the history that it once stood for. The UK has a history that spans for hundreds of years, and the easiest way to learn about this history is through castles. So, with this in mind, here are the top 5 castles that you need to visit. 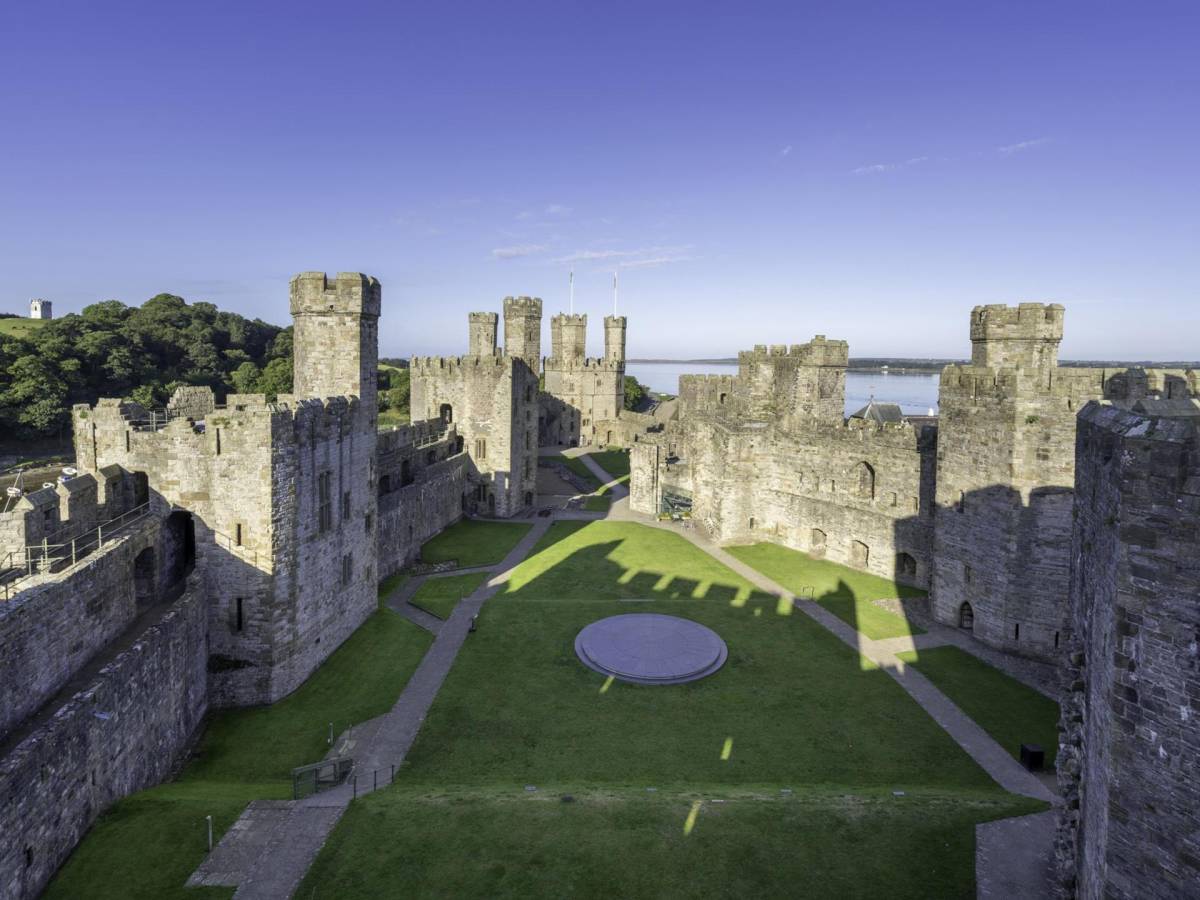 First on the list is Caernarfon Castle, this castle was built in 1283 and it was a brute of a fortress.

Its appearance was meant to appear as intimidating, so anyone who was planning on attacking this

castle would have had to have dealt with a rather daunting prospect.

This is probably the most impressive castles in Wales. Although its defensive capabilities are not as powerful as Harlech or Beaumaris, this is the most intimidating of King Edward I’s Welsh castles. It was intended as a seat of power – to show the English dominance over the Welsh.

It was first used as a Roman fort, and after that it was a Norman Motte and Bailey. So, it makes sense for Edward to have picked this spot, with the past proving that it was indeed an ideal location. The lure of the water and the easy access to the sea made this the perfect spot for Edward to show his claim to Wales, which was further strengthened with the birth of his son in the castle in 1284.

If you are ever in Wales, then this castle is a castle that you HAVE to visit. You can easily spend a day at this breath taking destination. There are so many rooms, passageways and towers winding throughout the castles, that you can easily get a good feel for the history of this place. Once you are done exploring, there are plenty of decent pubs in town for food. And if you are a person who has a bit of a sweet tooth, then you need to try out the jaffa cake ice-cream, at the shop next to the castle!

Moving away from Wales, we find ourselves in the heart of Warwickshire. This castle has been around since Saxon times, but only became property of the crown following the Norman Conquest in 1075. It was passed on to a Norman noble named Geoffrey de Clinton in 1129, shortly after this he build a modest motte and bailey castle – you can still see the large earth mound which formed the base of the motte.

Geoffrey didn’t have it for long, as the crown didn’t like the lavished funds that he had, as it was apparently too powerful to remain outside the crown. Over £1000 was then spent on this castle to improve the defensive work (which was a lot of money back then), but it didn’t stay long in royal hands. It has seen many battles, revolts and sieges, so there is plenty of history to learn at this castle.

One of the most fascinating parts though, its connection to the most important names in English history. Today, with its Tudor gardens, its impressive Norman ‘keep’ and John of Gaunt’s Great Hall, it is one of the largest castle ruins in England. Many people would probably visit Warwick castle if they were in this area, but Kenilworth is 10 times greater and much more interesting. 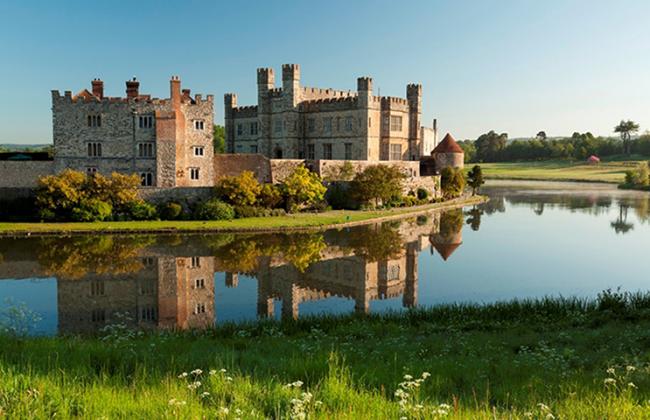 What castle list would be complete without Leeds Castle. Leeds is often described as the "loveliest castle in the world", this is not one to miss.

It was originally a Norman stronghold listed in the Doomsday book, then a royal residence and a royal palace. As you can see there is plenty of history behind this castle (so it is perfect for people who love to go back in time... when they use their imagination of course). Not only does this castle has an eventful past, it is also just a stunning castle to go and visit. The castle is set on two island in a magnificent lake, which makes this the most picturesque castle out there!

But it doesn't just stop there, for people who want to live in a castle, then you can do just that. You can actually stay overnight in the Stable Courtyard rooms, and explore the castle grounds and gardens when the estate is closed to the general public. Now that is something which would just be perfect.

But don't worry, if you don't have the time to stay over you can visit this castle again and again. All you have to do, is make sure you book a year long ticket (which is the same price as a day ticket by the way), and you can return as often as you want throughout the year - totally worth it! 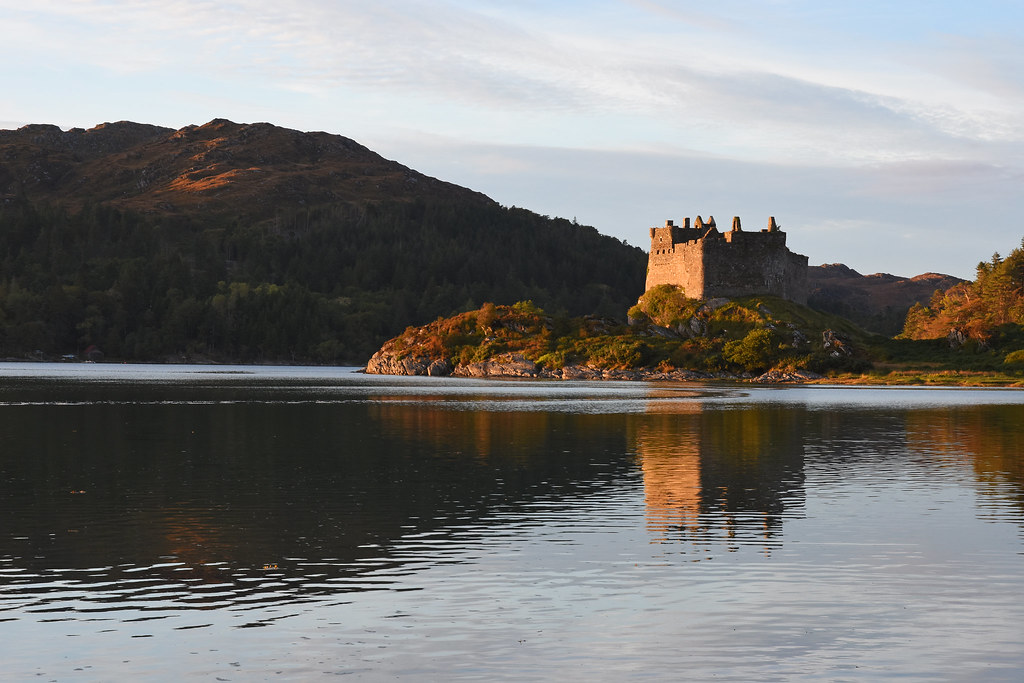 Not many people seem to know about this castle (pronounced "Chee-rum" by the way, just in case you were wondering), and even though it might be a ruin, you can't beat the romantic setting of this castle!

This castle sits on its own island in Loch Moidart in Ardnarmurchan on the western coast of Scotland. You can easily reach this castle on foot though if you go across a causeway, but only when the tide is right. But it is well worth a visit, even if all you do is gaze in awe at the castle and its magical setting.

If you are luckily enough to visit it on a warm summer's day (my fingers and toes are crossed for you if you are going to be visiting), then the loch appears as a blue lagoon dotted with tiny islands and edged with silvery sands and forests. Now that would be absolutely breathtaking and is something that you just can't beat.

If you are wondering why this is a ruin though, then you'll be interested to learn that this was actually torched during the Jacobite Rising in 1715 to stop it from falling into the enemy's hand. But now, unfortunately, this ancient seat of Clan MacDonald Clanranald is now in such a poor state that you cannot go inside for fear of the walls collapsing - but even though you cannot go inside, the views do make it well worth a visit! 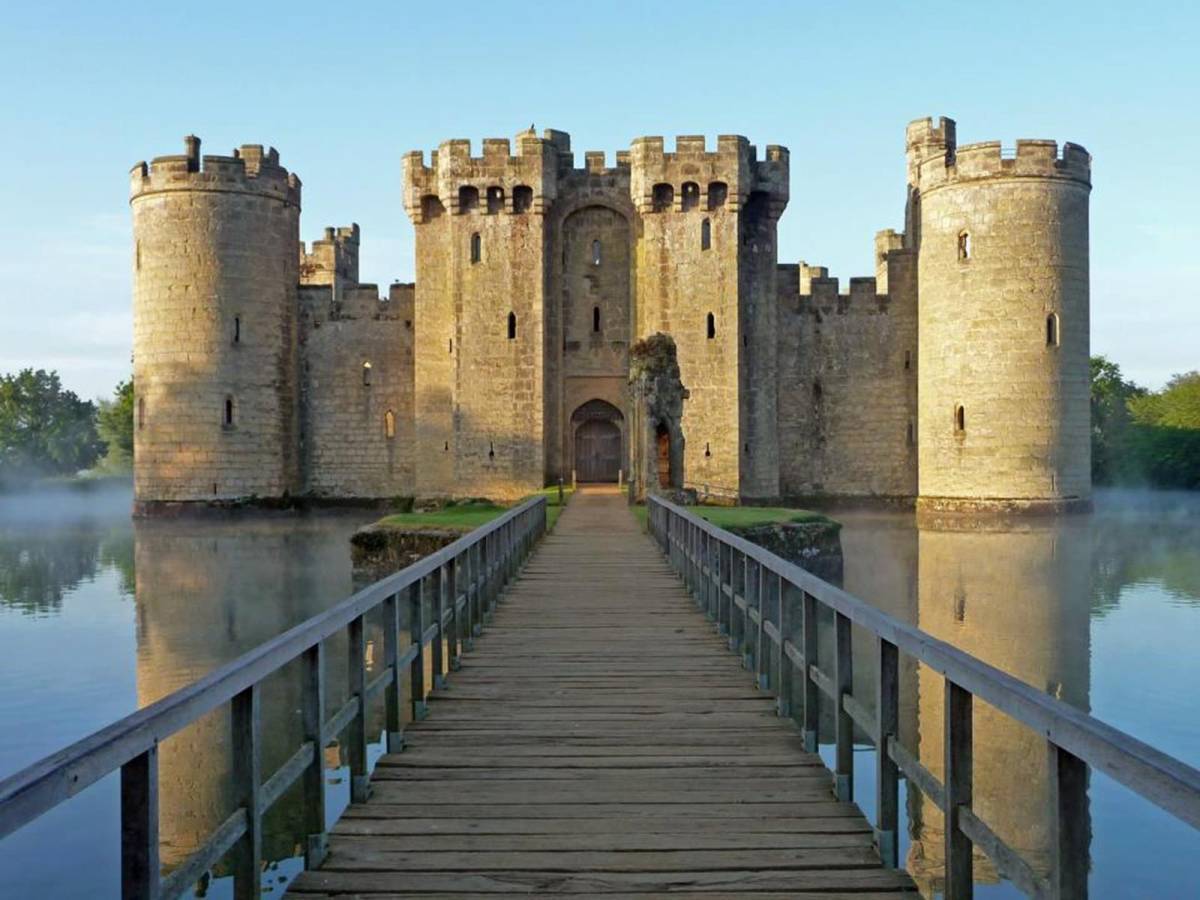 Although this might be smaller than most castles, but it is certainly one of the best castles in the UK.

Perched in East Sussex, this 14th Century castle has hundreds of years of history and can be easily explored. Built by a former Knight of Edward III, it was created to protect against the French during the hundred year way. Originally built in 1385, it has been a castle that has been loved by many. This is probably because of the design of the castle, its iconic moat, the beautiful lush green scenery and the amazing history behind the castle.

Bodiam Castle was designed to be an inviting home. The design of the castle is something that always intrigues people in the modern world. It is a quadrangular design and features chambers on the outer walls as well as towers on each of the entrance points and the corners. It also features inner courts, which allowed for space for those living and working within the castle.

Of course, one of the main reasons that people love this castle is because of this moat. However, whilst this moat looked beautiful, it acted as a sewage system for some 30 different toilets that were found throughout the castle, perhaps not smelling as great as it looked!

But don't worry, it doesn't smell anymore, so you can walk freely around without pinching your nose. So make sure to take a wander around the castle, head across the moat and explore the long history of this stunning place.

So there you have it - the top five castles in the UK that you need to visit! Now don't get me wrong, all of these castles are absolutely incredible, but there are plenty across the UK which you should make sure you visit as well. For more information on the different castles in the UK, make sure to head on over to my blog (Castlesandturrets) for more information on these castles!