My Body, My Human Rights | The Effects of Roe vs Wade's Overturn | Let's Get Informed 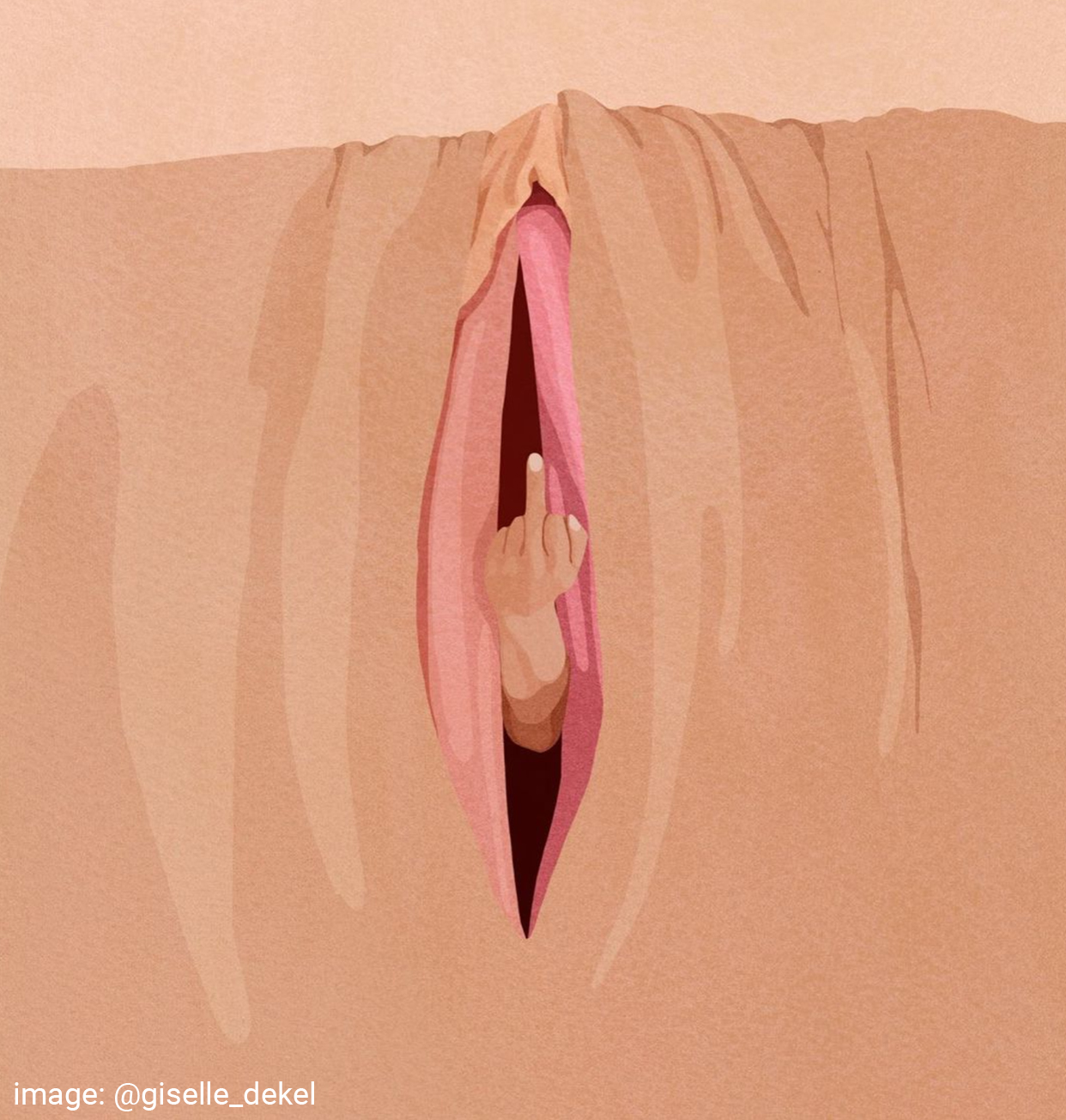 On Friday, the 24th of June, the U.S. Supreme Court overturned the case of Roe v. Wade - the 1973 landmark case protecting the right to abortion. This decision will have tremendous effects on feminist movements, women, democracy, and the whole world. In this article, we, Fashion Potluck, want to express our opinion and thoughts on this matter.

Fashion Potluck is a safe space for womxn to share content on the internet. In fact, we are the only social media platform for womxn in the Western World. Our values include womxn empowerment, authenticity, support, freedom of expression, and economic freedom of womxn. This decision goes against these values and against our community members. It is important to speak on this topic and resist this decision with whatever means possible.

What is Roe v. Wade?

Roe v. Wade was a landmark legal decision issued on January 22, 1973, in which the U.S. Supreme Court struck down a Texas statute banning abortion, effectively legalizing the procedure across the United States. The court held that a woman’s right to an abortion was implicit in the right to privacy protected by the 14th Amendment to the Constitution. Prior to Roe v. Wade, abortion had been illegal throughout much of the country since the late 19th century. (1)

In 1969, a 25-year-old single woman named Norma McCorvey became pregnant in Texas. She did not wish to have the baby, but the state forbade abortion on constitutional grounds, except in cases where the mother’s life was at risk.

Supported by lawyers Sarah Weddington and Linda Coffee, she filed a lawsuit under the pseudonym “Jane Roe” on behalf of herself and others to challenge Texas’ abortion laws. Her case was rejected, forcing her to give birth.

She appealed the ruling, ultimately bringing her case to the US Supreme Court, where it was heard alongside that of a 20-year-old Georgia woman, Sandra Bensing. Lawyers argued that the abortion laws of Texas and Georgia were unconstitutional as they infringed on a woman’s right to privacy.

The court ruled that governments lack the power to prohibit abortions by a vote of seven to two, judging that a woman’s right to choose was protected under the constitution.

That ruling did not find that the right to privacy was absolute, decreeing that a balancing test must be put in place tying state regulation of abortion to the three trimesters of pregnancy.

○ During the first trimester, the choice to end a pregnancy is entirely up to the woman.

○ Throughout the second trimester, governments can regulate abortion but cannot ban it.

○ In the third trimester, the state can prohibit abortion to protect a fetus that could survive on its own outside the womb, unless a woman’s health is in danger. (2) 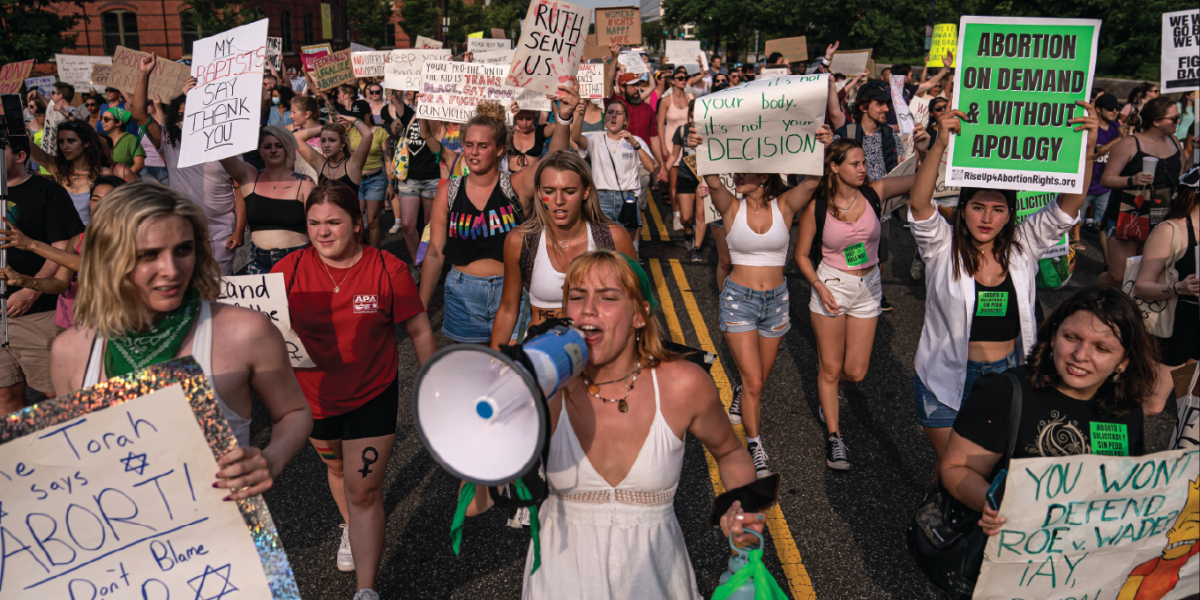 What is the decision?

Overturning Roe v. Wade means that the question of abortion’s legality would be decided entirely by individual states. While some might think the situation is 'not as bad', in reality, it is the opposite. Nine states, including Alabama, Arkansas, Kentucky, Louisiana, Ohio, Oklahoma, South Dakota, Texas, and Utah already banned abortion. Five states, including Idaho, Mississippi, North Dakota, Tennessee, and Wyoming, expect to ban abortions by August. As you can see in the image, about five states are still to ban abortions and ten states - are undecided. In total, this counts for 29 states that either will ban it or have not strongly decided against it. On a slightly more positive note, there are 19 states that have already codified the protected right to abortion into law: Alaska, California, Colorado, Connecticut, Delaware, Hawaii, Illinois, Maine, Maryland, Massachusetts, Minnesota, Montana, Nevada, New Jersey, New York, Oregon, Rhode Island, Vermont, and Washington. 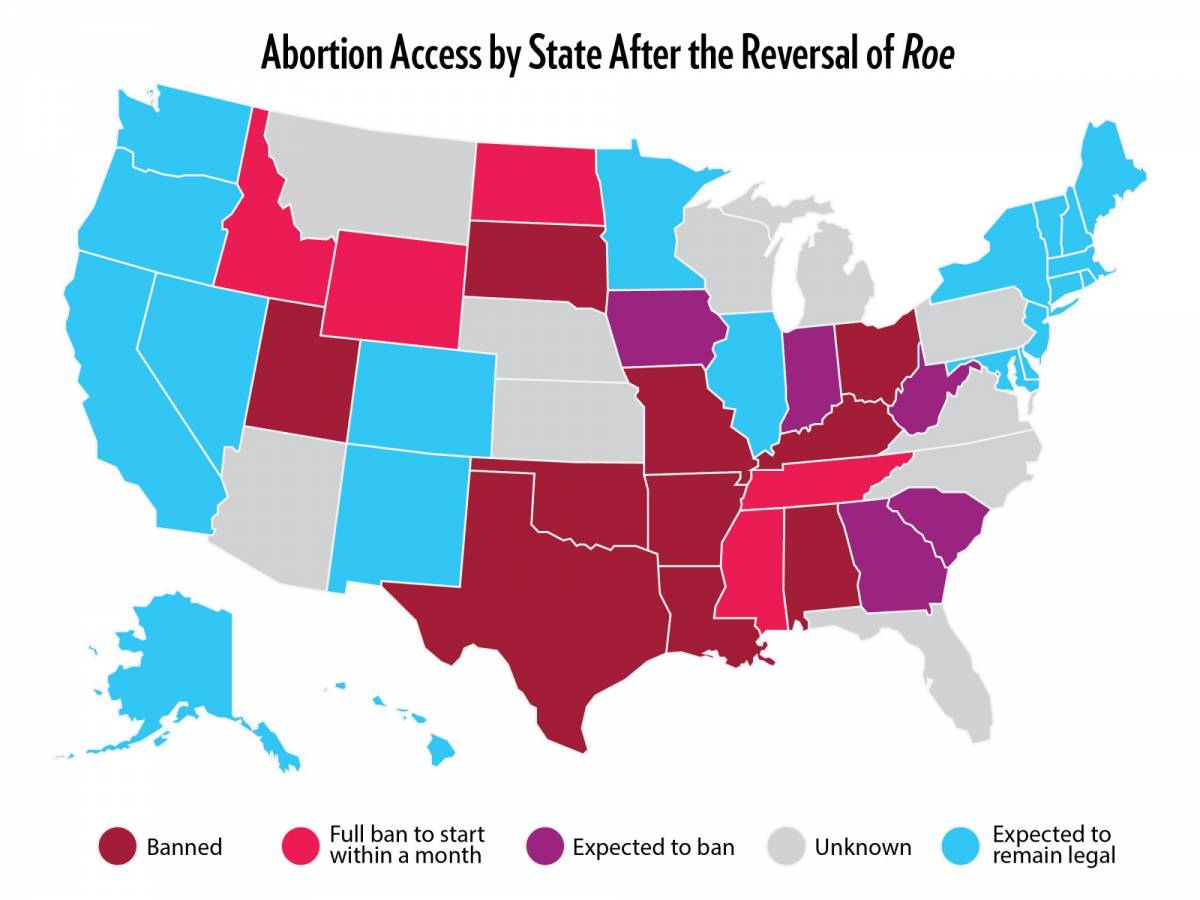 What are the effects of the overturn?

The overturn of Roe v. Wade will have effects on women's rights movements globally. This decision pushed women hundreds of steps back in the fight for equal rights. "Roe v. Wade inspired movements and laws in countries such as Tunisia and Cape Verde, and activists across the globe have expressed alarm at the prospect of other countries emulating the Supreme Court’s decision. This ruling may also signal a return to U.S. obstructionism on sexual and reproductive health and rights globally, and a renewed effort to withdraw U.S. funding for reproductive health care". Many agree, that this overturn does not mean an end to abortions, it means an end to safe abortions.

In some states, rape or incest will not be considered reasons for abortion and miscarriages can lead women to jail. In the states, where there are exceptions for rape or incest, it will be very hard to find a doctor, some sources claim.

"Those who have the least to say about human events suffer the gravest of consequences." - Judy Chicago, feminist artist

This is a very truthful and powerful quote discovered by Judy Chicago. This overturn will mostly affect and hurt communities systemically failed by health systems the most—especially communities of color and poor women. Some groups also have smaller access to contraception methods. Or, in the case of illegal abortions, many US citizens lack the finances to either travel or make an abortion with other ways available.

This decision takes away a basic human right - being able to make decisions as to what happens to your body and your life. It is made by a group of cisgender white conservative men, guided by some religious principles. However, neither conservative men nor religious should be able to decide women's destinies. Especially if the constitution gives a right to not believe in any religion.

Women from the U.S. have been deleting period tracking apps long before the decision was announced. However, the number drastically increased after Friday the 24th. There is a very strong and logical reason for this happening. A lot of period tracking apps, such as Flo, Clue, and Stardust, are known to have shared the personal data of their users upon the government's request. This means that if there will be suspicions of an illegal abortion, governments could be able to get personal data from these apps for the purpose of investigation. We are writing this article, finding the situation more and more surreal and sad in the process.

Roe v. Wade inspired movements and laws in countries such as Tunisia and Cape Verde, and activists across the globe have expressed alarm at the prospect of other countries emulating the Supreme Court’s decision. This ruling may also signal a return to U.S. obstructionism on sexual and reproductive health and rights globally, and a renewed effort to withdraw U.S. funding for reproductive health care. (3)

25 countries globally have complete restrictions on abortions. Another 100 countries have some restrictions in place. And, only 56 countries have no restrictions at all. Find the complete list here. The U.S. is considered to be 'one of the leading' countries. It is a country many look up to. Whether it is good or not is another discussion, however, this remains to be a fact. The decision to overturn Roe v. Wade could have a harmful impact on other countries, that might follow this example.

This decision is very important, very harmful, and very hard to swallow. The decision has been made in one of the most developed and economically strong countries. This impacts the safety and health of millions of women - in the U.S. and globally. This also signifies a big downfall for feminist movements globally. This is not okay. Here is what you can do already today: Roe v. Wade Overturned: 6 Ways You Can Take Action Right Now for Abortion Rights. You can also sign this and this petitions.

On a slightly positive note, this decision has been also causing positive change in other countries globally. For example, Israel and Finland lowered the restrictions and simplified the abortion process. France wants to codify abortion rights in its constitution. Hopefully, other countries and organizations will follow.

Thank you for reading this and supporting our values,

2. What is Roe vs Wade? A summary of the landmark US abortion case and why it was overturned by the Supreme Court [https://inews.co.uk/news/roe-vs-wade-what-summary-us-abortion-case-meaning-explained-overturned-supreme-court-1709237]

3. The Overturning of Roe v. Wade is an Assault on Women and Democracy Globally [https://osf.to/3OVwgB5]