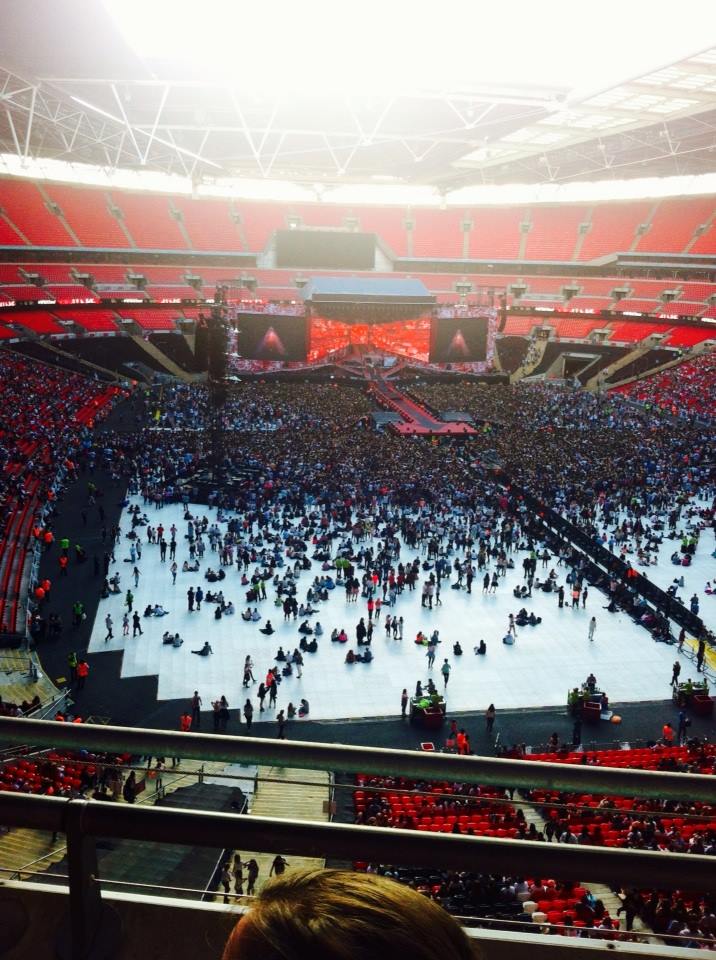 Welcome back to my latest blog series where I tell the world and its wife my most embarrassing moments to give you all a bit of light relief for your days in lockdown (once again you are welcome!) All the posts in this series are stand-alone stories, so feel free to read them in any order you like, but just in case you missed the first part, be sure to check it out here.

So today’s post is one you will relate to if you were ever a teenage fangirl over anything, which let’s be honest we all were at some point! For me, it was One Direction, they were my absolute world! I was a massive fan, in fact, I still am and I have zero shame in saying so! I’ve just learnt how to control the craziness, you know, conceal don’t feel sort of thing, fangirling in public isn’t a great look for a 20 something! Anyway whilst in lockdown, I’ve spent many hours scrolling through TikTok and I’ve seen lots of older One Direction fans embracing their obsession once again which I think is great! But it’s left me remembering a slightly embarrassing story from back in the day…

In need of some new home fragrances whilst in lockdown? Check out my Waxify Candle haul!

So the year is 2014 and I was on my way to the Where We Are Tour at Wembley Stadium. Honestly, I don’t think I’ve ever been so excited for a gig; it was the band’s first stadium tour, it was 20 minutes down the road from me, and it was the loveliest Summer’s evening, the excitement was well and truly in the air. I skipped down Wembley Way with my sister practically buzzing! I had waited about a year for this concert and the day was finally here!

We got to our seats in the stadium. We were in the tiered seats and at the front of our block near the stairs, so the Steward guy who helps you to your seats was pretty much next to us. Our view was great considering we were in a massive stadium and whilst I would have loved to have been closer, standing right at the front getting crushed by everyone around me just didn’t appeal to me whatsoever so I was quite relieved to have my own space.

I’d seen the boys a few times by this point, in fact, I think this was my 6th time but the novelty never wore off, the build-up to them coming on stage only grew. In an arena or indoor concert space, when an artist is about to come on stage, all the lights go off, but obviously, that didn’t happen in an open-top stadium in the middle of Summer. Instead, the only indication that the show was about to start was that their intro video started playing on the big screens. The whole stadium was roaring, myself included and I had so many butterflies in my stomach.

The video ended, there was a massive firework, the song started playing and there they were, all 5 of them on stage right in front of me! My emotions got the better of me and I started crying, and not just a little tear, full-on ugly crying! This happened every single time I’d seen them in the past, but as the arenas were dark, no one around me knew nor did they care. But like I said, I was in an open-top stadium, the sunshine was still pouring in! Everyone could see me if they wanted to, but thankfully they were too caught up in the fact that the biggest boyband in the world was singing their hearts out on the stage in front of them. The only person looking at me was the steward, the only person in the arena to be facing away from the stage because it’s their job to manage the crowd. Well, he found it bloody hilarious! He was literally laughing right in my face over the fact I was bawling my eyes out over 5 boys who didn’t have a clue who I was.

It got so bad that he actually walked towards me and asked if I was alright whilst still laughing, which of course only drew more attention to my uncontrollable crying. My sister was pretty much on the floor in fits of laughter! I tried so hard to stop crying, but as any of you fellow sensitive souls out there will know, once you start crying, it’s pretty hard to stop, so this went on for at least the first couple of songs! Once I managed to compose myself I felt so embarrassed, not to mention self-conscious at what my face would look like, I can only imagine the mascara streaks!

I just wanted to crawl into bed, but then I thought hey, I’ve been waiting for this moment for ages, let’s enjoy it! So I did just that. I sang, I screamed and I just embraced the fangirl and you know what? I had a bloody good time! I literally danced all night to the best song ever! Whilst this memory still makes me cringe, it is overshadowed by the fact that I had such an amazing time and made memories that are still with me 6 years on. Trust me, when One Direction announces their reunion tour, I’ll be there, but hopefully I won’t sob as much!

Do you have any embarrassing fangirl stories? Please tell me I’m not alone! Be sure to subscribe to my blog to find out when the next instalment of my embarrassing moments is live!