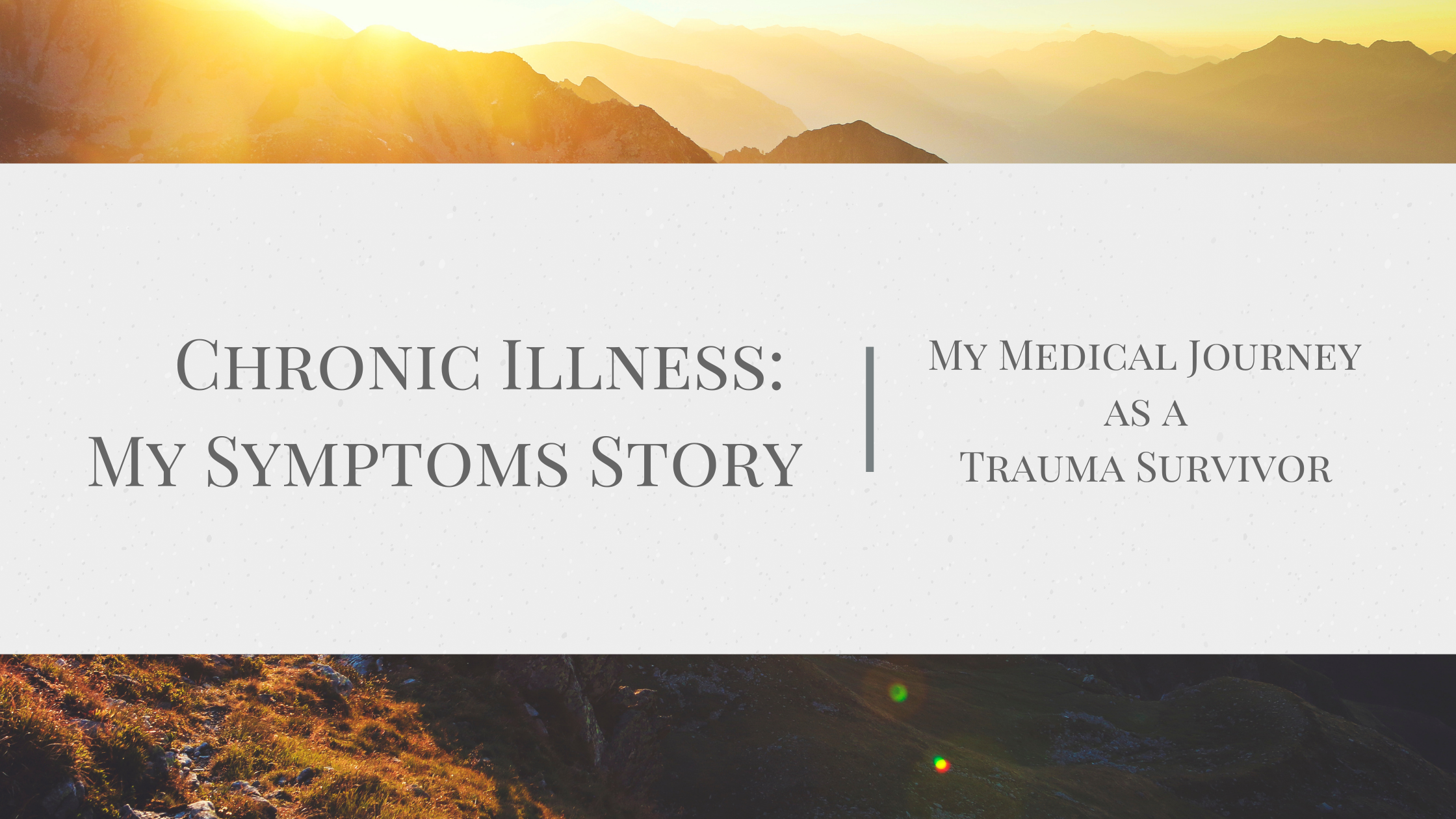 My first experience with symptoms started in February of 2017 when I was visiting the Wizarding World of Harry Potter at Universal Studios Hollywood for the first time. As a huge Harry Potter fan, this was just about the best day of my life; there may or may not have been tears.

The park was a little warmer than anticipated, the park was a little extra busy, and the lines were extra-long, but I made the best of it. Then something changed. After an hour in a particularly stiffing line, we were nearing the front. Then like a wave, I was hit with nausea and an unsettling feeling of weakness; something was not right. My vision started to tunnel, and I grew increasingly dizzy and confused. Trying to ask for help, I found I couldn’t make the words. Desperate, I tried to remove the rope only to find my motor skills gone. I was trembling and scared. I was trapped in my body, and I knew I was going to pass out.

Luckily my husband was with me and, in a panic, rushed me out of the line to a cool bench. With a little water and a moment to breathe, I found my bearings and was able to explain what had happened the best I could. Without a better explanation, we equated it to heat and tried to enjoy the rest of the day. It didn’t take long for another wave to hit me, and again and again. Finally, weak and exhausted, we called it a day.

Looking back to earlier in life, I remember having spells of dizziness. Maybe it was caused a near slip on the stairs or forced me to sit down, but never did I pay those moments any mind. It was always “just asthma” or “just low iron.” We never thought it was anything serious. This was different, this was real. From that day in February on the, I started to notice these spells more as they became more frequent and severe.

I am ashamed to say that over the next two years, I chose to ignore these episodes. I equated any dizzy spell to exercise, lack of sleep, asthma, or simply pretended didn’t exist. The truth was that I was scared of what was causing them. By ignoring the possibility of a medical condition, I could live in blissful denial.

The more I tried to ignore these symptoms, the more they started to creep into my life. Soon minor spells wend from weekly events to daily. Incapacitating episodes became more regular as well. I couldn’t pretend there wasn’t anything wrong anymore. I had to face the reality that if I had always had these symptoms, they were getting worse. If I was wrong and this was a new development, then that was also a reason for concern.

After two years I finally made an appointment…But that is a story for a later time.

By ignoring the possibility of a medical condition, I could live in blissful denial.

When you grow up in an abusive home, several aspects of life will differ from homes where abuse is not present. One of the most common is a lack of medical attention. Some might argue that this is due to financial hardship and not having insurance. Research does show that homes with less access to resources are more likely to have abuse. However, there are other “abuse focused” reasons that can impact those from all social and economic statuses.

When you are being abused, doctors are possibly the biggest threat to discovery. They track injuries and are trained to notice bruising and cuts. Furthermore, they are mandated reporters, so if they even suspect something, it is highly likely they will notify the authorities. Therefore it is only under the most extreme situations that medical attention is ever sought after.

Obviously, an abuser can not come right out and tell their child, “I’m not taking you to the doctor because they might notice I hit you.” Instead, the messages are more subtle. Children might be conditioned to believe doctors are not helpful. They may be taught to treat their own symptoms, or even have their injury or illness ignored altogether by the abuser. In the more severe cases, medical needs may be turned around to be the child’s fault in some way and further abuser aggression.

Growing up in this environment will create behaviors that will continue to adulthood. They may fear speaking up about potential medical issues, have less trust in doctors, or hold shame about even getting sick. What’s worse is that this pattern may also lead to missed medical issues in childhood, made worse in adulthood. Children growing up in this kind of home may not know what is normal for their body to feel, and they certainly do not know when and how to ask for help.

Changing these patterns in adulthood can be challenging, as I have learned first hand. It is important to remember that this is a normal response to growing up in a toxic environment. As adults, part of reclaiming ownership of our lives and our happiness also means reclaiming our health. There is no shame in seeking help, it doesn’t equate to weakness, and there is no judgment in wanting to be the healthiest you can be. Changing this pattern may be hard, but you are worth it.