Intimacy After Marriage: The Truth 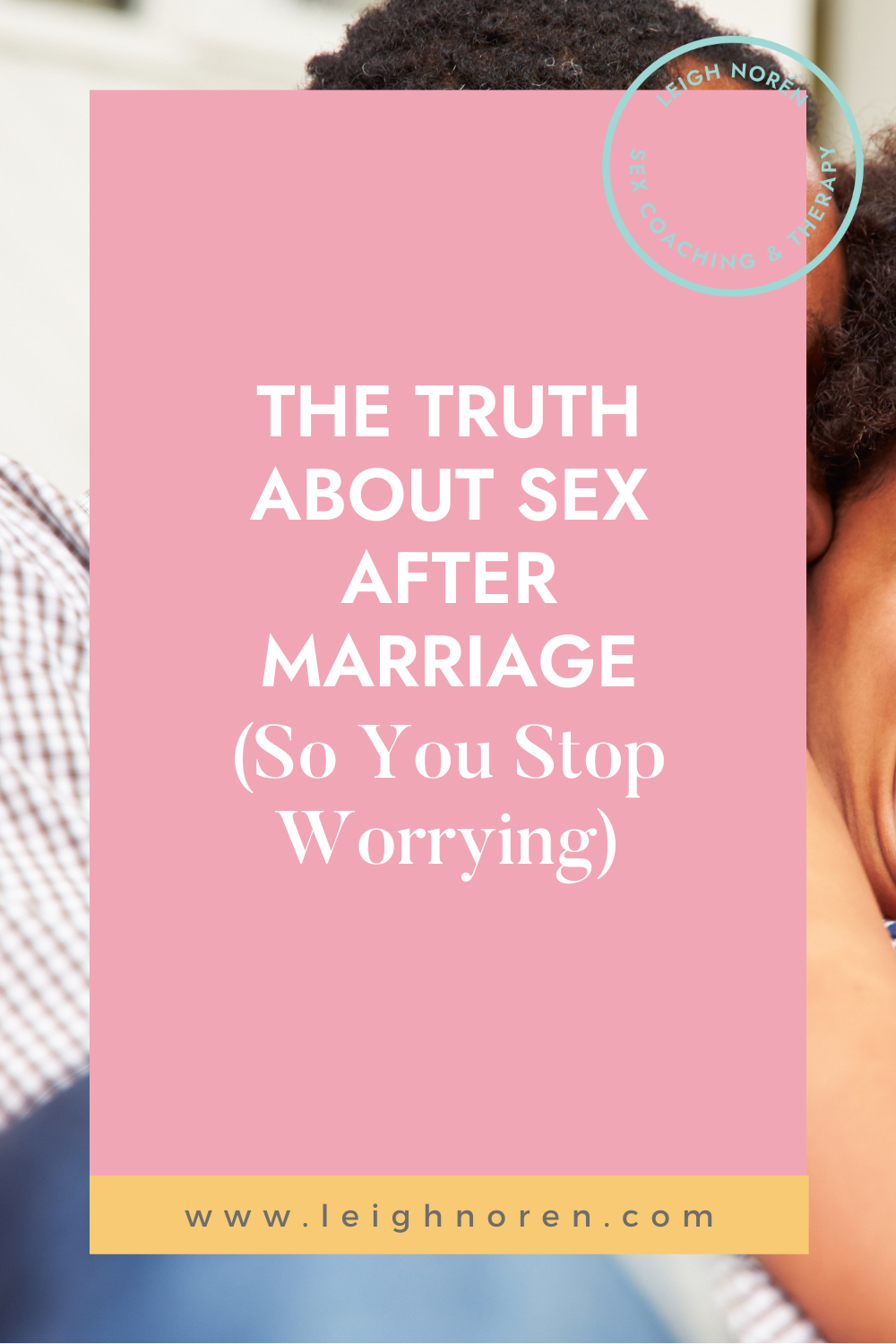 No matter how romantic the wedding was, the truth about sex after marriage is, a great sex life is not a guarantee.

However, this doesn’t mean sex can’t be fulfilling, fun and exciting, just cause you're legally wed. On the contrary - your sex life can be even more satisfying than before. Read on to find out what the truth about the matter is, written by a sex therapist specialized in low desire.

The Lies About Sex After Marriage

Disney has long been a culprit in selling us messages about romance that lead to disappointment. From the moment we’re old enough to absorb their fuzzy tales of happily ever after - we’re hooked. And while the newer editions might be more contemporary in terms of gender roles and ethnicity; the classics paint the same kind of picture over and over again.

•    Our partner is our saviour (this is especially true for those in heterosexual relationships - the only kind of romantic relationship portrayed in Disney’s stories anyway!)

And even if most of us know intellectually that fairytales are, in fact, fairytales, this messaging has etched it’s way into our minds, affecting us on a subconscious level.

And then we have Hollywood and their ideas about sex after marriage. From rom-coms to dramas to thrillers - sex is an important plot point. It moves the story forward and often tells us a lot about the people on the big screen.

•    Frequent sex tells us a couple is deeply in-love and “right” for each other.

No matter the genre though - it’s clear sex often symbolizes depth and meaning about a relationship and a person.

And that marriages without it - don’t survive and shouldn’t survive.

What’s True About Sex After Marriage

There will be slumps - and that’s okay

While sex can be a barometer of how happy we are in a marriage - it isn’t always that way. If there’s anything I’ve learned over the years as a sex therapist, it is that sex isn’t simple. And believing it should be, often leads us to draw conclusions about our marriage that might be false.

No matter what the issue is - problems in one form or another are bound to arise. And the difference between them becoming problems our marriage can’t survive - often lies in accepting that slumps are okay.

This doesn’t mean you can’t work to overcome them. On the contrary, a bit of effort is most often required to improve our sex lives. But they shouldn’t necessarily be seen as a reason you shouldn’t be together.

Some say sex after marriage gets better

In the words of Esther Perel “[Your sex life] doesn’t end when you take your vows. This is when the story starts.” As the article in Well and Good further states: That's because, according to Perel, once you say "I do," sex is no longer spontaneous—instead, it becomes what she dubs a "creative enterprise."

Whether you agree with Perel’s idea of sex as a creative enterprise or not, the basic premise is that sex after you say “I do”, is something other than sex while dating.

Once married, our sex lives will crave some creativity in order for it to be exciting. And the good news about this is that sex with someone we love and respect, can feel that much more gratifying.

Because it’s not just a quick and dirty romp with someone you don’t know.

It’s a moment of fun and connection with someone you know inside and out.

This can create tremendous sexual satisfaction, as well as emotional intimacy that feeds your marriage.

Sure, the novelty of the early days might be gone. But sex after marriage can create depth and reward that make those early days pale in comparison. If you allow them to.

It would be natural to assume that sex that happens frequently in a marriage means the sex is satisfying. Because why would you have sex often if you don’t enjoy it?

The thing is though - frequent sex doesn’t only occur in couples who enjoy having sex - it also occurs in couples where one of the parties has no sex drive, too.

Over the years as a sex therapist, I’ve observed many people having sex they don’t actually want or enjoy. Why? For many reasons;

•    because they’ve felt it’s part of their duty as a spouse,

•    to get their partner to stop nagging about sex,

So, if you’re not having sex frequently - don’t rush to the conclusion that something is wrong. So long as the sex you’re having is satisfying, that’s the most important part.

It’s possible to bridge the gap between you and your spouse when it comes to sex after marriage.

I have seen couples go from no sex for years, to reviving their sexless marriages. Finally experiencing pleasure and joy from that moment of connection, the kind of moment that used to feel pressuring and awkward.

I have also seen those who find it difficult reaching orgasm with a partner, to now experiencing orgasms easily. Knowing what they want and need to tip them over the famous edge.

The point is, you don’t have to accept a bad sex life just cause you’re in the thick of it right now.

Just like you and your partner probably have different opinions about how important tidiness is, or who should take out the rubbish - sex is an area where differences naturally occur, too.

Try approaching your sexual differences as a team - and you’re more likely to find you can get that sexual energy back. Even if it’s been months or years.

You don’t need to worry

The truth about sex after marriage is likely different than what you’ve been led to believe. Some couples stop having sex, others continue on like they used to. But dry spells and underwhelming sexual experiences can all be improved - so that sex can be something you enjoy and look forward to again.

Because low desire and mismatched libidos aren't necessarily a sign you’re doomed. They’re a chance to regain your connection and create a satisfying sex life. The kind you want and deserve.

Signed, a sex therapist and coach who has seen it with her own eyes.

Leigh Norén is a sex therapist and coach who helps people create more sexual desire and intimacy in their relationships. without wacky sex positions, lime-flavoured lube, or pressure and stress-tactics. She has a Master of Science in Sexology, has helped over 1000 clients, and hosts a blog that receives over 30,000 visitors a month.  During her 10 years in the helping profession, she’s been featured in Women’s Health, YourTango, The Good Men Project, Thrive Global, Glamour and more. If you want to increase your desire without pressure and stress, download her free resource The Desire Test.