My Trip to Boston 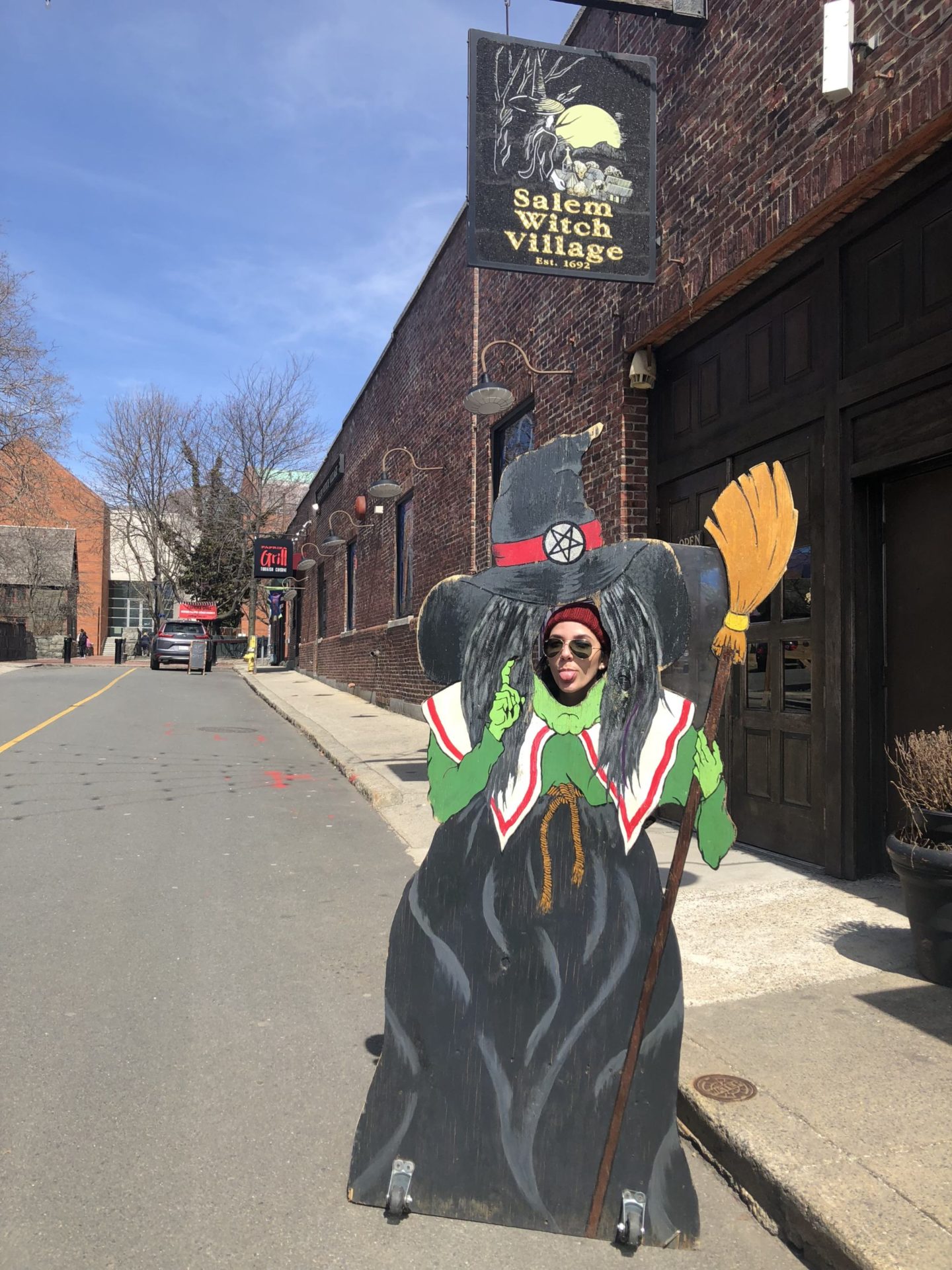 Before the Ski Season was over, my friends and I planned a quick getaway to Boston, Massachusetts. My friend had planned the itinerary for our trip and it worked out perfectly! When we arrived, beautiful city air welcomed us and we checked into our Sonesta Es Suites for the weekend. We ended up renting a car to get around the city and neighboring areas.

That first day after checking in, we drove up to the mountains to visit Pats Peak in New Hampshire. The quaint Ski Resort had a great deal in the evenings which included a few hours of skiing with gear and snow tubing as well. We grabbed our gear and we were eager to hit the slopes! After some brief training, my boyfriend thought we were ready to head to the top of the mountain. With a quick ski lift ride up, we made it to the top (I was terrified).

While young kids were skiing and snowboarding past me, I was looking for a way back down without using the skis. I gained the courage to just go for it and skied down the mountain, I made it down in one piece thankfully! The views at the top of the mountain were phenomenal though, it was worth the scare. We then turned in our ski gear for snow tubes. It was getting dark at this point so we had a night snow tubing experience, so fun! After a quick dinner at the slopes, we drove back to our hotel to call it a night (don’t travel through the mountains alone! It was so dark out, not a soul in sight on the way back to Massachusetts). 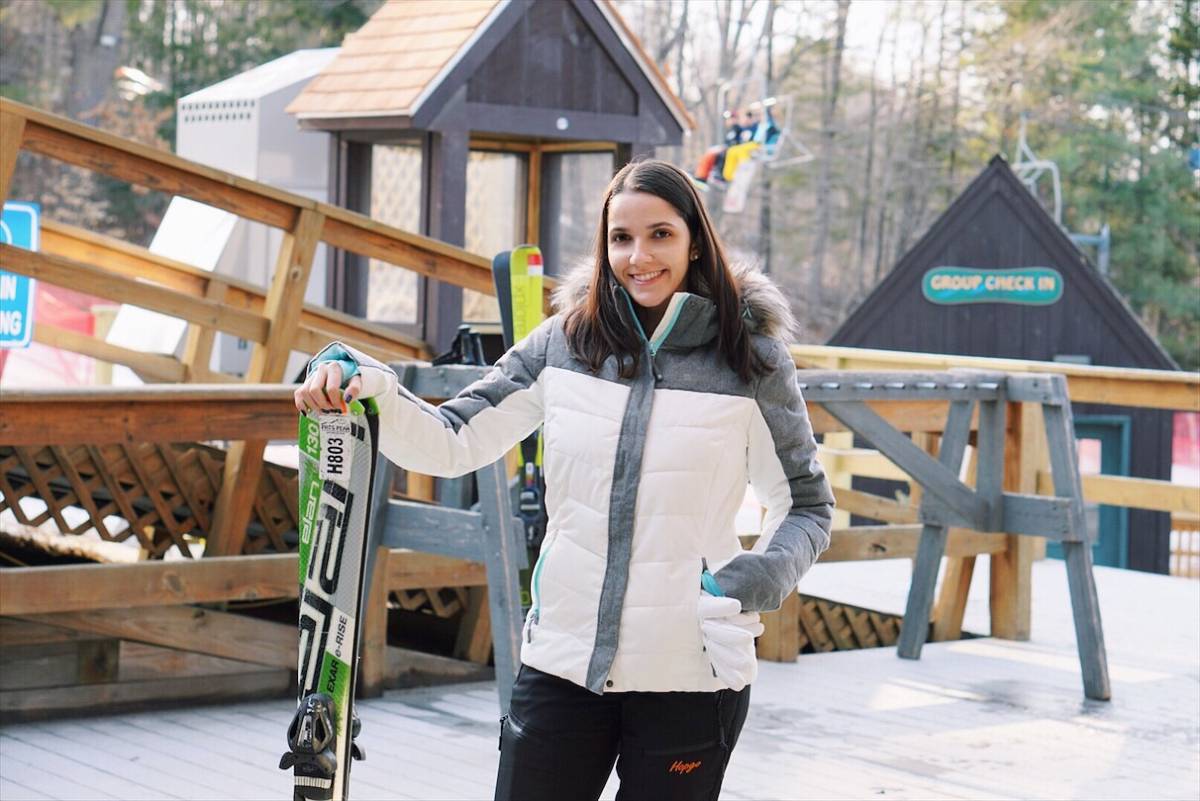 The next morning we woke up to grab our complimentary breakfast and then hit the streets to explore Boston. It was our “History” day where we toured all the historical landmarks. We followed the Freedom Trail from Frog Pond to the Massachusetts State House, explored the Old South Meeting House, checked out the Boston Massacre site and more. We then made it to Quincy Market to have some Lobster Rolls and Clam Chowder. It was a rainy day, so we spent as much time inside as possible. After we followed the Freedom Trail some more, we decided to end our History tour and ended up at The Black Rose, a local Irish Pub, to grab an early dinner. 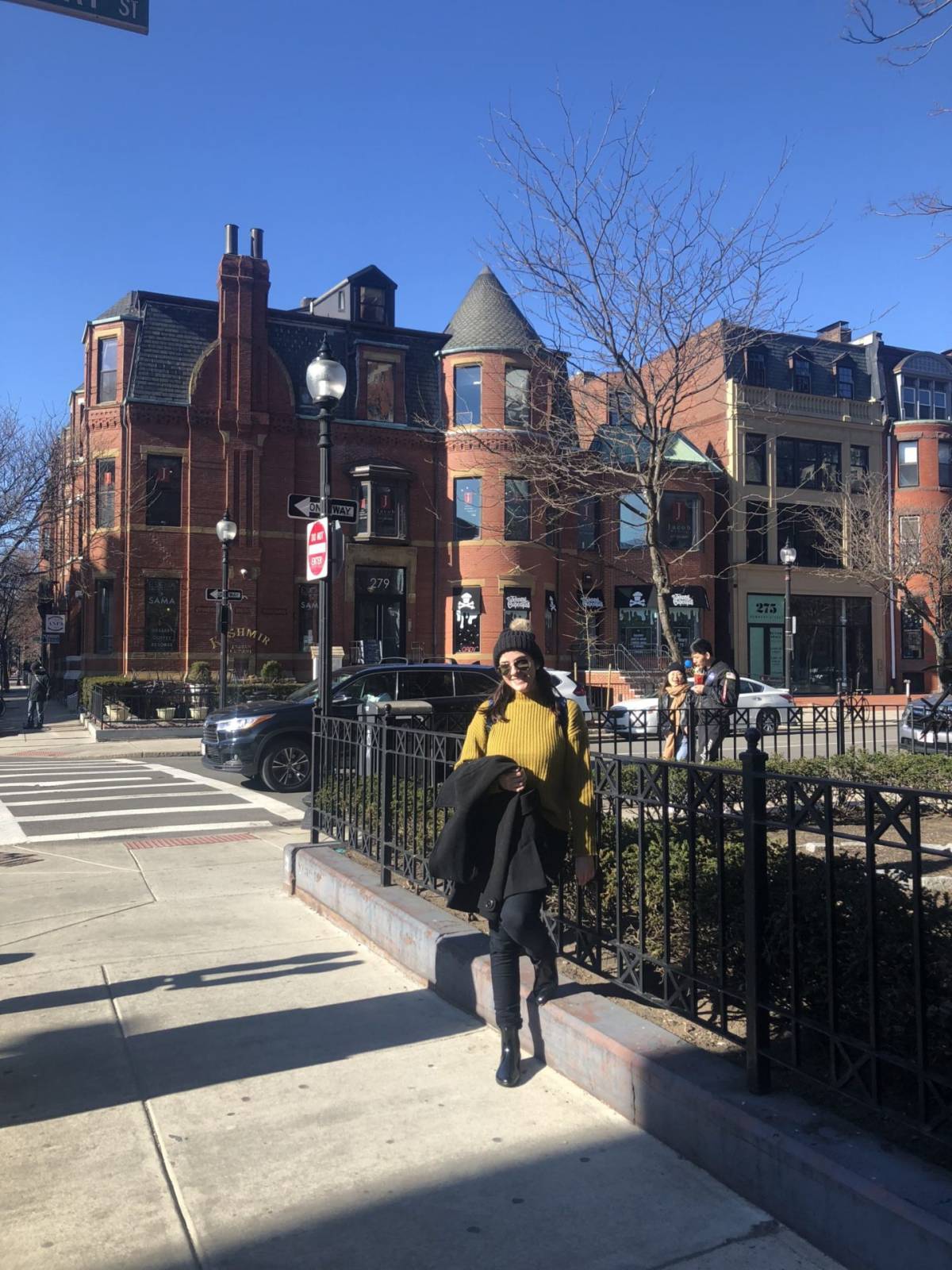 The next day we took the car and headed over to check out Cambridge, Massachusetts. First up, Harvard! Before checking out the University, we found a cute coffee shop called Tatte Bakery & Cafe where we had a delicious cappuccino and took a break before continuing our travels. Harvard was marvelous! We enjoyed some time on campus and before leaving the area, we took a short walk to Mike’s Pastry for some Boston cream pie.

After all the sugar intake, we headed out to visit MIT. We were able to explore the MIT Museum where we checked out their collection of holography, their robotics display and technology-related artwork. We got back on the road to drive by Fenway Park and then parked near the Prudential Tower to visit the shops and take in the Boston views at the top of the tower. That same day, we drove to TD Garden for the Heat vs Celtics game. As a Native Miami-an, of course I had to root for our Heat! It was such a close game! So fun to witness them in action. 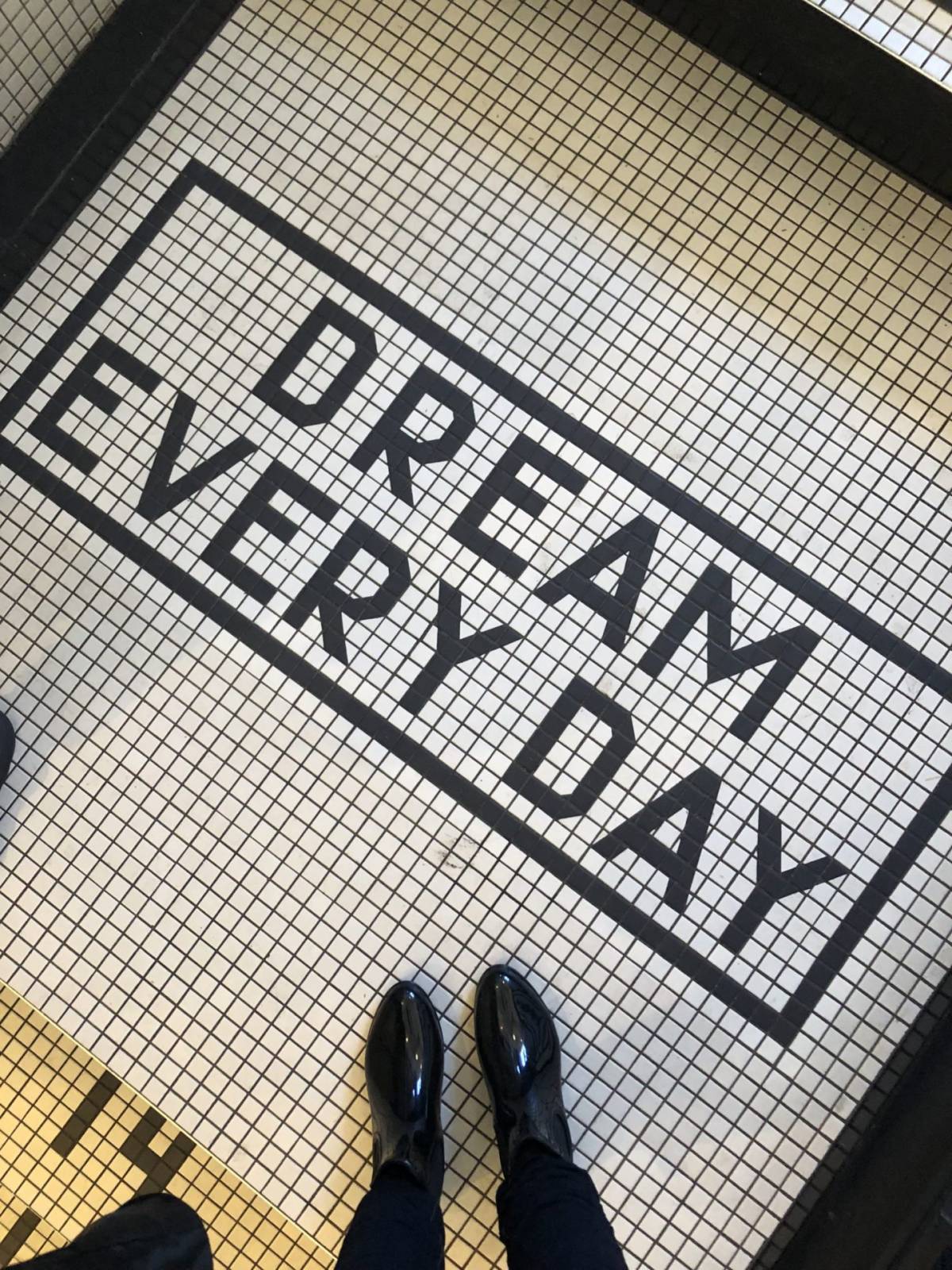 The last day of the trip had arrived and we only had a few hours to explore some more before heading to the airport for our evening flight. We decided to check out the City of Salem, which is a must if you go to the Boston area! It’s roughly a half hour drive or so, clear skies the whole way. After arriving, we checked out the Salem Witch Trials memorial and the Salem Witch Museum to get some more insight on what had happened back in 1692. Before heading to the airport, we had a late lunch at a near by popular taco spot called the Howling Wolf Taqueria. We had also bought some cute witchy goodies to take back home to Miami. So glad I was able to ski for the first time on this trip and explore all of Boston! 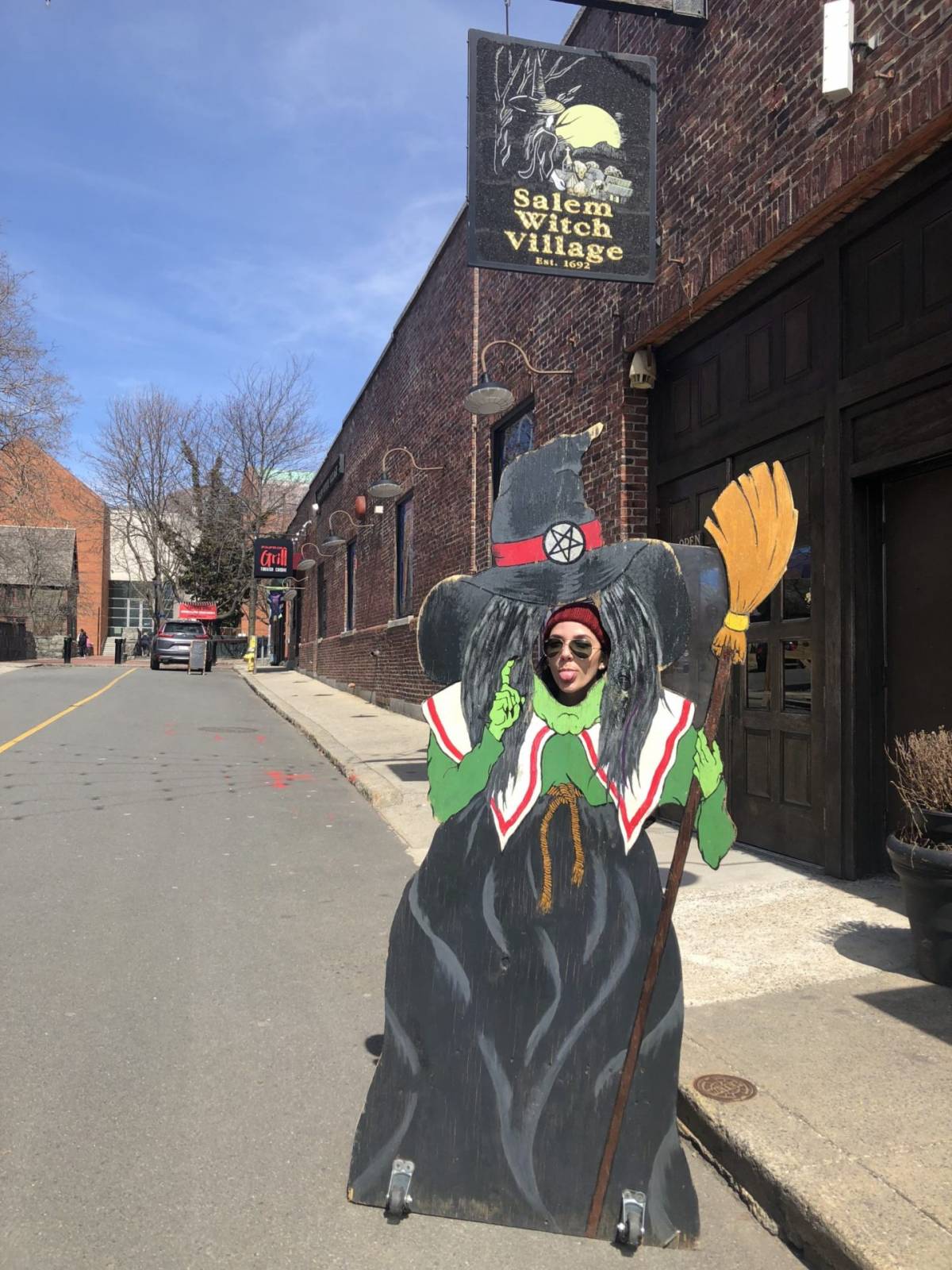