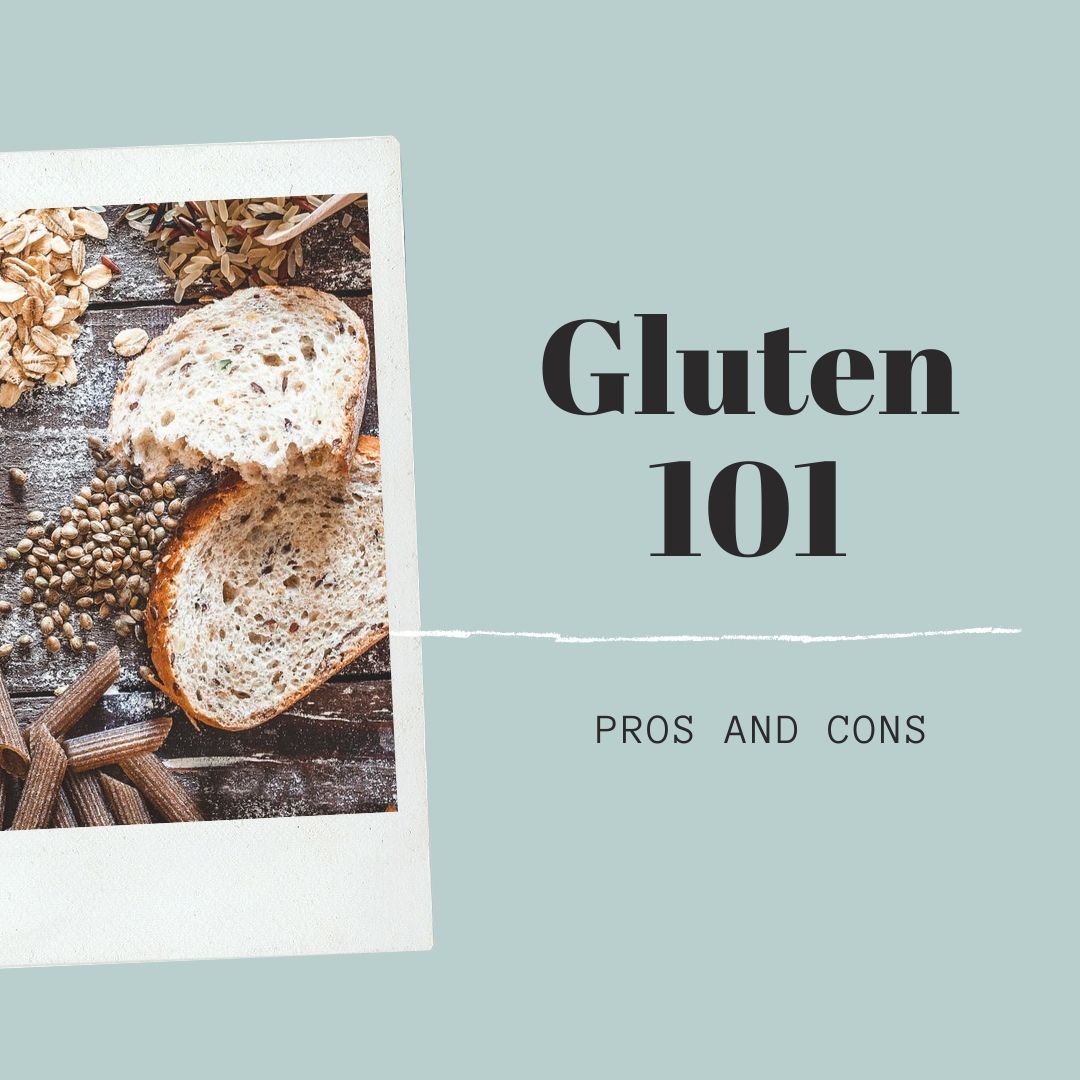 I hear a lot about gluten and gluten-free products these days so I wanted to review this topic. I hope this post will be useful to you!

Gluten is a family of proteins, found grains like wheat, barley and rye. It is found in most of the processed foods, which are produced from these grains. It gives a chewy and soft texture and helps the dough to ferment. That’s why gluten-free bread does not rise much.

Glutenin and Gliadin are the two main proteins in gluten. If we separate them as good cop and bad cop, Gliadin is the bad one since it’s responsible for most of the negative effects of gluten. It’s a water-insoluble protein, which makes it difficult to digest.Foods with gluten are highly preferred by producers because they provide longer shelf life. 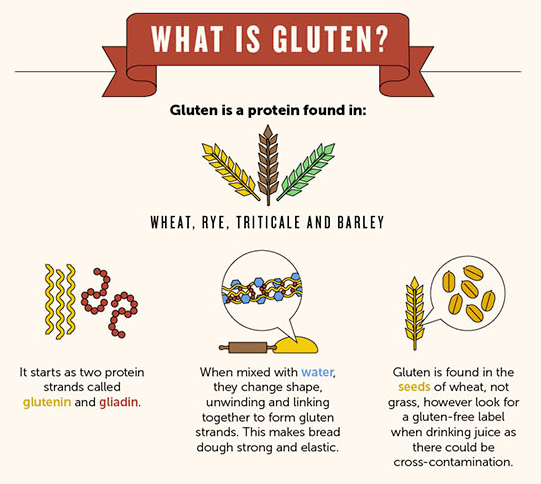 Did Gluten Exist Before Industrialized Foods Came Out?

Gluten is naturally found in grains such as wheat, barley and rye. With the development of global transportation, the industrial revolution progressed and it became easier and cheaper to mill and distribute wheat flour. During World War II, pasta and bread were encouraged to consume as inexpensive alternatives of meat and dairy products in the United States. This is when processed food became more and more common. Afterward, wheat consumption started to increase in the 1960s when whole-wheat products were named as healthy foods. In the late 1970s and 1980s, when fast food became prevalent, this also increased the consumption of wheat products. Additionally, wheat products were placed along the base of the “Food Pyramid” in the 1990s and this led people to take grains as the base of their diets, such as pasta and bread.

Examples of gluten-containing nutrients are:

Which Food Does Not Contain Gluten?

Examples of gluten-free nutrients are:

Is Gluten Beneficial or Harmful to Health?

I can say that Gluten is controversial these days. While some sources claim that it is safe (except celiac patients and gluten intolerant people), some experts believe that gluten is harmful to most people.

Gluten is bad for gluten-sensitive or gluten-intolerant people. This means, their body cannot digest gluten and produces an abnormal immune response. This type of gluten intolerance is known as “celiac disease”. People, who have celiac disease, cannot consume gluten since it damages their intestines. We cannot say everyone has a gluten intolerance, however, a lot of people do not realize when they have gluten allergies.

What about if we are not a celiac patient or do not have a gluten intolerance? Should we consume gluten?

Recently, many people without gluten intolerance have changed their diets with gluten-free ones. Although this issue is controversial, many sources claim that gluten-free food can be nutrient-deficient. Many food producers add additional fat and sugar to gluten-free products to make them tastier. This can turn your healthy eating into an unhealthy one and cause weight gain. 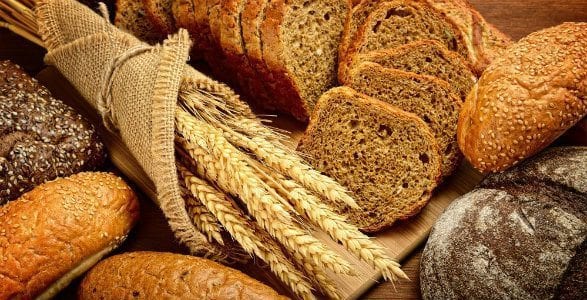 What are the benefits and risks of gluten on your body, if you do not have any specific kind of gluten-related diseases?

Gluten is rich in terms of nutrients. Some health experts defend that many whole grains are rich in vitamins and minerals and some types of healthy bacteria can be found in gluten, which is good for you. Without gluten, healthy bacteria may be lacking for your digestion system and this may harm your nutritional system. According to a research of Harvard School of Public Health, participants with higher intake of gluten had a lower rate of heart disease than the ones with lower intake of gluten. Therefore, gluten consumption was associated with a lower risk of coronary heart disease.

On the other hand, some studies show that cutting gluten and carbs from your diet can support cognitive functions with decreasing the blood sugar. It means that you are not only cutting carbs and gluten but also decreasing the glucose level in your blood. Gluten, which causes situations such as unconsciousness and fatigue, also increases the risk of getting Alzheimer’s. It’s also known that Gluten causes edema in our body such as intumescence.

This is an issue that is agreed upon by everyone that you should not consume Gluten if you have celiac disease, gluten intolerance or gluten allergies.

For people who do not experience any of these health problems, a “gluten-free” label does not make the product healthy. Fresh fruits or nuts are healthier than many types of gluten-free processed food. If you do not have gluten intolerance, it would not be 100% correct to say that a gluten-free diet will be better for you. By looking at the pros and cons and knowing your body, you can decide what to consume or not. Your body’s reaction to what you eat is important. You can try to understand your body before diving into a diet. There are also some benefits you can get when you get Gluten out of your life. If you have any hesitations about that, keep in mind to consult a doctor. Perhaps, it is better to eat natural, fresh foods, which are higher in nutritional value than eating completely gluten-free. If your diet is high in gluten, especially with products like bread, pasta, cakes, chips and etc., it will help you to reduce gluten from your diet. It’s all about balance. 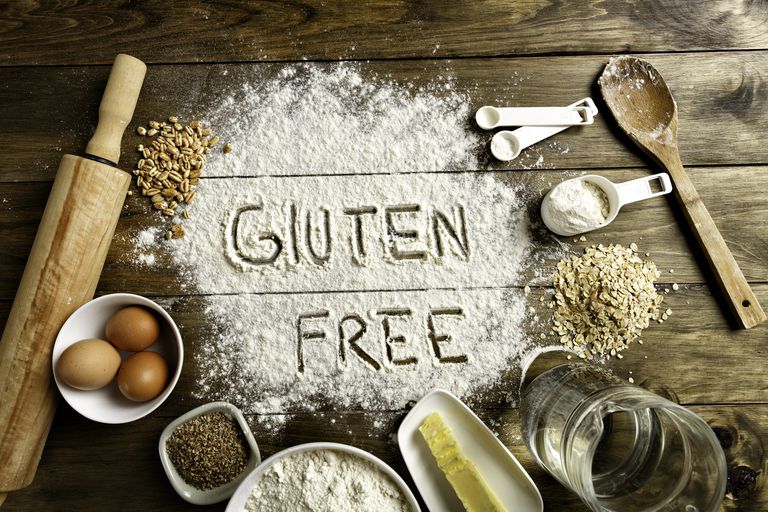 -More than 30% of Americans actively follow a gluten-free diet.

-80% of people, who avoid eating gluten, do not have a celiac disease.

-About 18 million Americans have gluten sensitivity. (According to National Foundation for Celiac Awareness.)

-For about 1% of the population, wheat allergy may cause digestive issues after consuming gluten.

-1 in 133 Americans has celiac disease, which is about 1% of the population.

If you find out more about this topic, here are some helpful links: