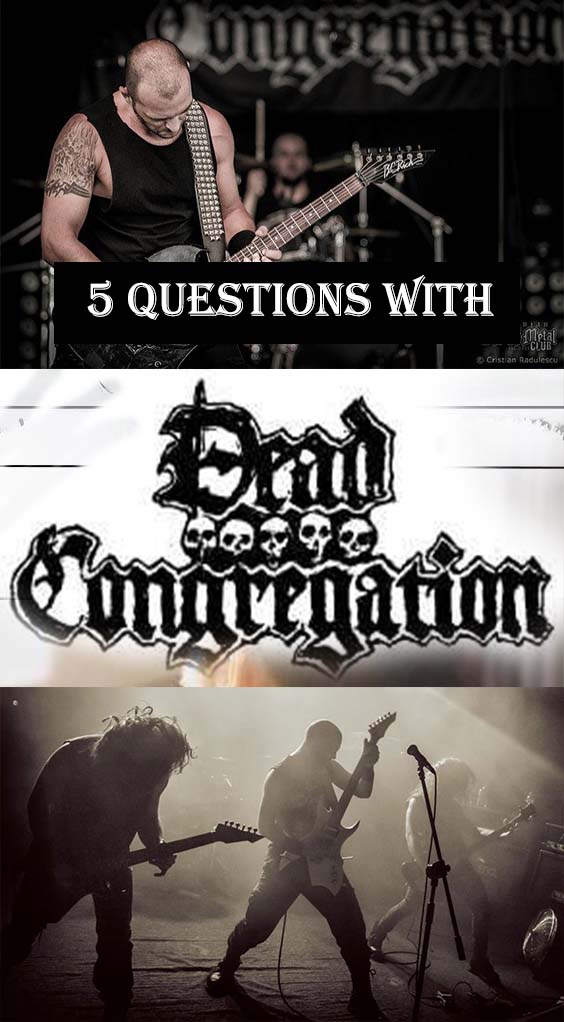 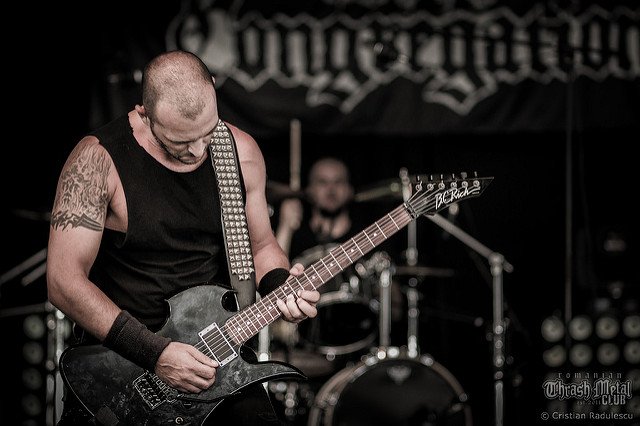 THERE’S AN UNDENIABLE MYSTICAL AND OTHER-WORDLY ATMOSPHERIC VIBE THAT SURROUNDS THE BAND AND YOUR PUBLIC APPEARANCES. WE LOVE THAT, BUT LET US HAVE A SNEAK PEEK AT YOUR LIFE. DESCRIBE A TYPICAL DAY IN THE LIFE PLEASE.

Not to burst any bubbles but we don’t go performing rituals and practice the Dark Arts every day, we lead pretty normal lives. Work, hobbies, music, friends, it’s all part of our daily routine.

NAME A USELESS TALENT YOU HAVE.

Hard to think of one, I’d say that no talent is useless! If you’re good at something, whatever that may be, you’ll put it to use at some point.

LET’S GET SERIOUS AND TALK ABOUT YOUR UPCOMING PROJECTS. WHAT DOES THE FUTURE HOLD REGARDING THE BAND?

We just had a couple of very stimulating shows, one in Montreal / Canada and one in Mexico City. Not to undermine other shows of ours, on the contrary every show is exceptional and fulfilling – it’s just that visiting parts of the world that are further from your country than the ones you get to visit more frequently is always an exciting experience. This month we’re also headlining Reykjavik Deathfest in Iceland, then we have a show in Venice/Italy, in the Summer we’re doing Brutal Assault and PartySan, even more shows booked till the end of the year and meanwhile we’re working on new material for an upcoming full-length album.

YOU TRAVEL A LOT. YOU CLEARLY HAVE SCANDINAVIAN METAL INFLUENCES AND YOUR WORK HAS BEEN VERY WELL RECEIVED AROUND THE WORLD. WHAT KEEPS YOU HERE?

Hard for me to answer that, I have no idea myself. Playing pureblooded Death Metal with no gimmicks or stage theatrics seems to be hard to sell these days yet we remain more relevant than ever.  People seem to enjoy our shows and our studio material, I guess there’s nothing more to it than that!

THE WORLD IS ABOUT TO END AND YOU CAN ONLY SAVE ONE METAL GENRE FOR THE FUTURE GENERATIONS. WHICH ONE?

If I’m to survive Armageddon then I’d save Death Metal to keep me company, if I die along with the rest of the world I don’t really care what’s left behind.

NAMES ARE NOT IMPORTANT.

Dead Congregation is a Greek death metal band from Athens formed in 2004. The band was founded by the lead guitarist and vocalist A.V.

They focus on creating a dark, majestic atmosphere, and their music has been described as ” uncompromisingly brutal in a subsuming, freeing way. I’ve seen them live, I can confirm. I’ve never seen anything like that in my entire life.  I’m utterly honored to interview them and share their unrestrained musical and aesthetic ingenuity with you. In A’s words: “The same riff can sound completely different if you alter important factors such us sound, drumming, the way you hit the chords on the guitar and many more. But in the end it’s all about the atmosphere a recording creates, if it doesn’t ooze of death and morbidity then it shouldn’t be labeled as Death Metal simply because the vocals are distorted and the drums are fast.” He went on to describe their sound as “just darkened Death Metal the way we perceive it as true.”

THERE HASN’T BEEN A DAY SINCE I’VE FIRST SAW THEM THAT I HAVEN’T LISTENED TO THEIR MUSIC. ‘NUFF SAID.