Beyond Winning & Losing: Finding Success in the Wake of Shame 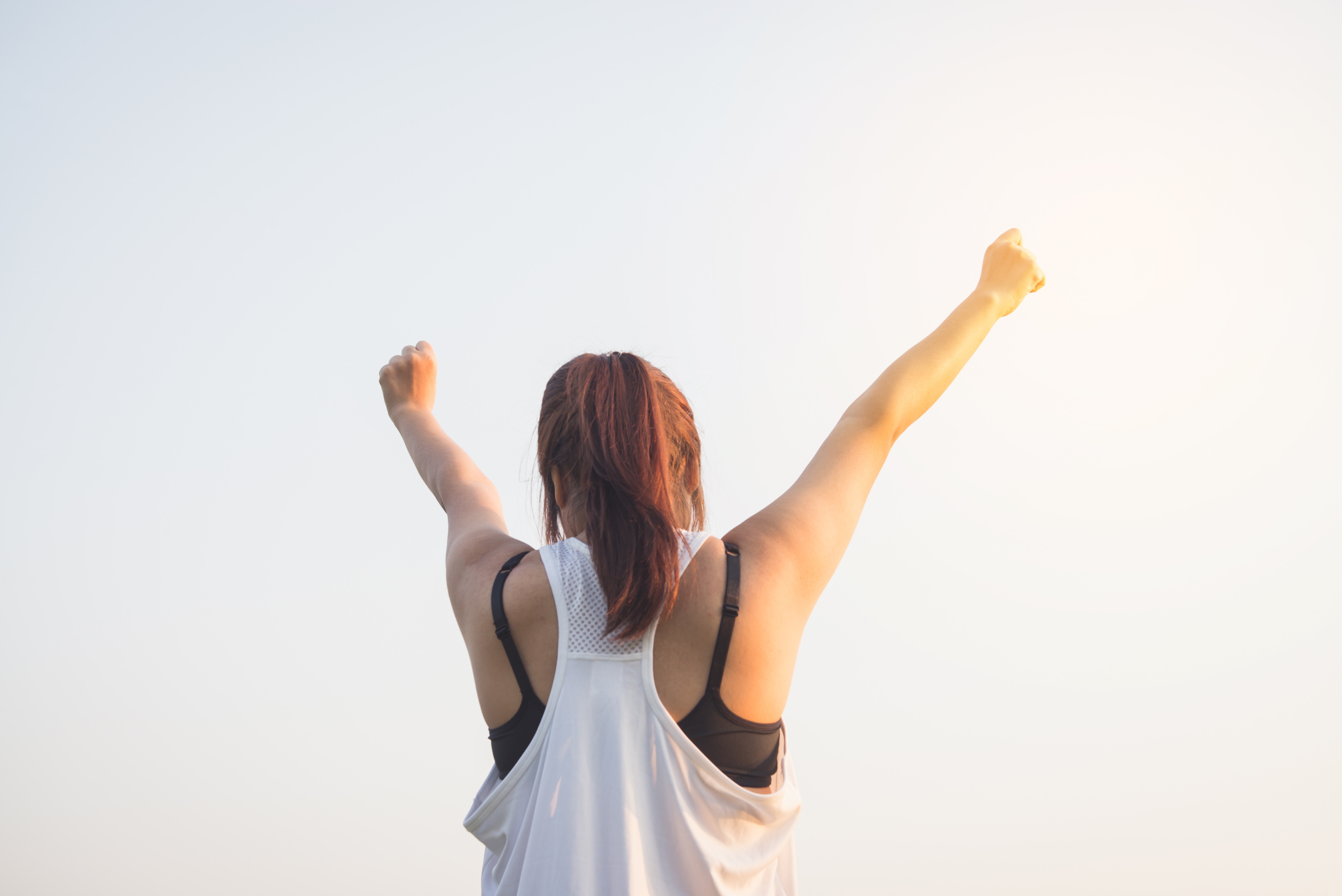 That rhythmic thud of a glove on pad never leaves you, and I can hear it now breaking up the barked instructions from coach to fighter: ‘Don’t get drawn into a war … keep your head moving … use your jab!’ A heady blend of tiger balm and sweat hangs in the close, warm air as this roomful of boxers prepare to do battle.

Today is the 15th of December 2013 and I’m here to box for a national title. All the old fears should be here with me. The lead-up to this competition has not been great. I’m still recovering from a torn hamstring and I’ve got a fractured bone in my wrist. For the last few weeks, I’ve been unable to hit the bag or do any pad work, so instead I’ve been training on my own; long, solitary hours of shadow-boxing in the car park behind my flat.

Making weight has been tough. Although a grueling seven-day juice fast almost got me down to my category, I still had to be up at six this morning to ‘skip off ’ the final kilogram in sweat before traveling to the competition. By the time of the weigh-in, I was dehydrated, hungry and exhausted. I had to miss my best friend’s bout just so I could grab some fitful sleep in the van outside before it was my turn.

Around me now, fighters sit with towels draped over their anxious faces, each one waiting for their moment. Alone. It feels as though time has been suspended, and yet the future — everything I have trained for — is coming at me like a freight train.

One by one, the boxers’ names are called and they disappear into the arena. The victors come back beaming and taking selfies with their coaches and their medals. The losers return bruised, dejected or in tears.

Normally, by now, I’d be beside myself. I would be questioning everything: my skills, my cardio, my arrogance at even thinking I could do this. We’ve all felt it: your hands and legs desert you first, your face freezes into a telltale look of horror and your mind locks onto that freight train with a rapidly intensifying sense of doom. Even though I would want to picture myself grinning for photos with the other winners, instead I’d be cycling back on what I’d been told about my opponent. Someone said she was a big hitter. The words ‘that girl can bang!’ would be echoing around my mind as I’d picture myself laid out on the canvas … overcome, overwhelmed … over.

But not this time. This time my feet are dancing expectantly to the song of the skipping rope as it whistles past my ears. I am absorbed in the task.

After eight years of competition, something profound has changed. I completely inhabit my body as I make my way out to fight. One purposeful step after another. And as I enter the arena I feel … at peace. It’s as if the crowd has been hushed by a crisp layer of freshly fallen snow. The stillness in my mind interrupted solely by a curious little voice that says: ‘I’ve got this.’ Is this the sound of self-belief? It’s not something I’m used to hearing at this stage. But there it is. Clear and unerring. For the first time, I know that I deserve the win.

The fight is no walkover; it turns out the girl can ‘bang’ and I take some good shots. But my focus is unshakable, and as we begin exchanging punches, my belief only grows stronger. There’s a deep-felt sense of purpose as I scrutinize her attacks, and it keeps my mind trained on what I need to do to figure things out and make it happen. For two minutes at a time, I’m living in a soft, slow-motion version of reality. Even space is beginning to feel as if it’s opening up before me. It’s like I can see her shots before they’re thrown, and the millimeters by which I ensure they miss provide a comfort equivalent of miles. Even when they land, it’s as though the blows have been cushioned.

I feel present and alive. Focused without focusing. My hands do the work for me, and my feet know where to go without a thought. It’s as if I can sit back and watch calmly as my body does exactly what I need it to do. I’m relaxed. I’m enjoying myself. I’m in the flow.

The real difference between this fight and any other, though, comes at the end. As we stand, side by side, waiting for the judges’ verdict, I suspect we both know that I will get the decision. But as my hand is raised, I feel a surge of alien emotion. I’m not sure if it is happiness, or pride, or just a good old-fashioned sense of achievement. But it is new.

With every win before this, when my hand was raised I’d hung my head and averted my eyes. I have never felt that I deserved the victory and I have always been ready to write off any achievement as a fluke or chance. Just another lucky day when I got away with it. Looking back, I can tell you that what I had felt upon winning — up until now — had been a shame.

This time I own the triumph. 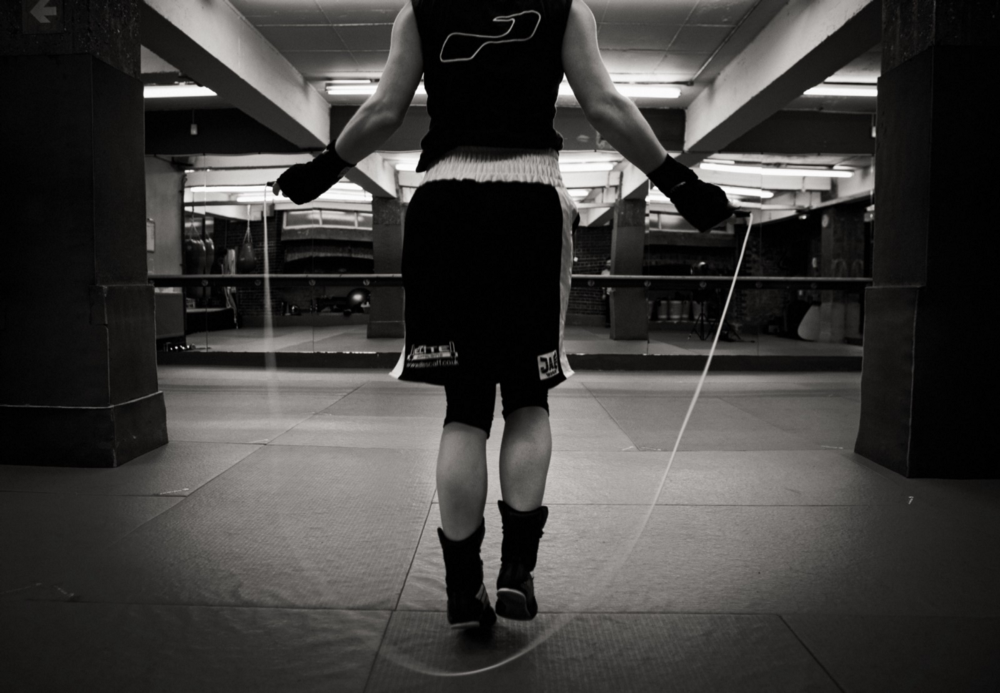 I don’t come from a fighting family. I was brought up by scientists who liked politics, art, and academia. Combat sports weren’t on our radar. Instead, my sister and I took part in gymnastics, horse riding, and athletics when we were young. By the time I was in my twenties, however, pretty much any sport was out of the picture. Newly graduated from art school, I got my exercise by stacking barrels and serving bankers their beer from behind a busy London bar.

One evening, having followed my latest crush into the local dojo, I found myself in a kickboxing class almost by accident. I wasn’t expecting to enjoy it. Press-ups and punching? No, I was much more interested in smoky nightclubs and drunken, late-night conversations about nothing. Yet, within fifteen minutes of my first session, I was hooked on the thrill of smacking pads and tussling with other sweaty bodies. It was a departure from everything I’d ever known.

My family were wary. My friends thought the idea of me in a gym kit was laughable. But to me, it felt like a rite of passage. It was only when I started training in earnest that I remembered all the fighter fantasies I used to have as a teen. I dreamed of being the fearless warrior woman who could beat down attackers in the streets. I loved any film or TV series with a kick-ass female protagonist who could take all the male villains out with one flying kick. So, when I first learned how to throw a punch it felt like a kind of homecoming. And when I realized that I was good at it, I thought that — just like She-Ra or Buffy — I had found my calling.

As my new hobby became more serious, the drinking and smoky nightclubs faded into the background. I had discovered an even more intoxicating drug; I had found competition. And it changed me.

Fighting made me stronger as a person. There’s no doubt about it. But that strength didn’t come about in the way that people tend to assume. It wasn’t only that I was empowered by the ability to fend for myself or fortified by the stress of the contests. I didn’t end up becoming famous or going to the Olympics. Even if I had done those things, they would not have been the focus of this book. Competitive fighting put me on a journey of self-discovery by painfully exposing my weaknesses and making me face up to them. It’s this aspect of my story — not the wins or the titles — that I believe to be important enough to share with you here.

Ultimately, what I have learned from the challenges I failed to overcome has improved my life far more than any big, objective achievement ever could. The pressure of competition almost broke me. I dragged myself through periods of depression, eating disorders and years of chronic fatigue, all for the promised glory of the big win; a prize that never seemed to taste as good as it should. Even when I won my world titles in kickboxing before I moved to boxing, a sense of genuine, heartfelt achievement always escaped me somehow.

So, that moment when I first felt joyous in victory was about far more than just winning a boxing title. It symbolized a departure from an anxious, self-defeating mindset — something I hadn’t even known I was doing until I was forced to address it. It marked the beginning of better health, energy, and relationships. It opened the door to a fulfilling career and a general sense of everyday ease that I had no idea were even possible. Ironically, it meant that I could leave boxing behind peacefully and call a truce on a number of other external conflicts as well.

Of course, not everyone finds themselves literally fighting for a feeling of self-worth. However, as I continue to see therapy clients from so many different walks of life dealing with that same old sense of psychological struggle, I’m convinced that we all know what it’s like to be in a brawl. The thing is, though, you can’t fight your way to self-acceptance. At least, I don’t believe that you can. Self-acceptance requires an altogether different type of valour.

This book will help you ask and answer the same questions that fighting forced upon me. The stories I’ll tell you — both my own and those of my clients — are included to give you the motivation and the tools not just to resolve your own battles, but to own the valuable sense of victory that you can take from doing that. And you can have it all without a single bloody nose.

The book was released on March 22nd, 2018. Order your copy in hardback, on kindle, or as an audiobook on Amazon now.