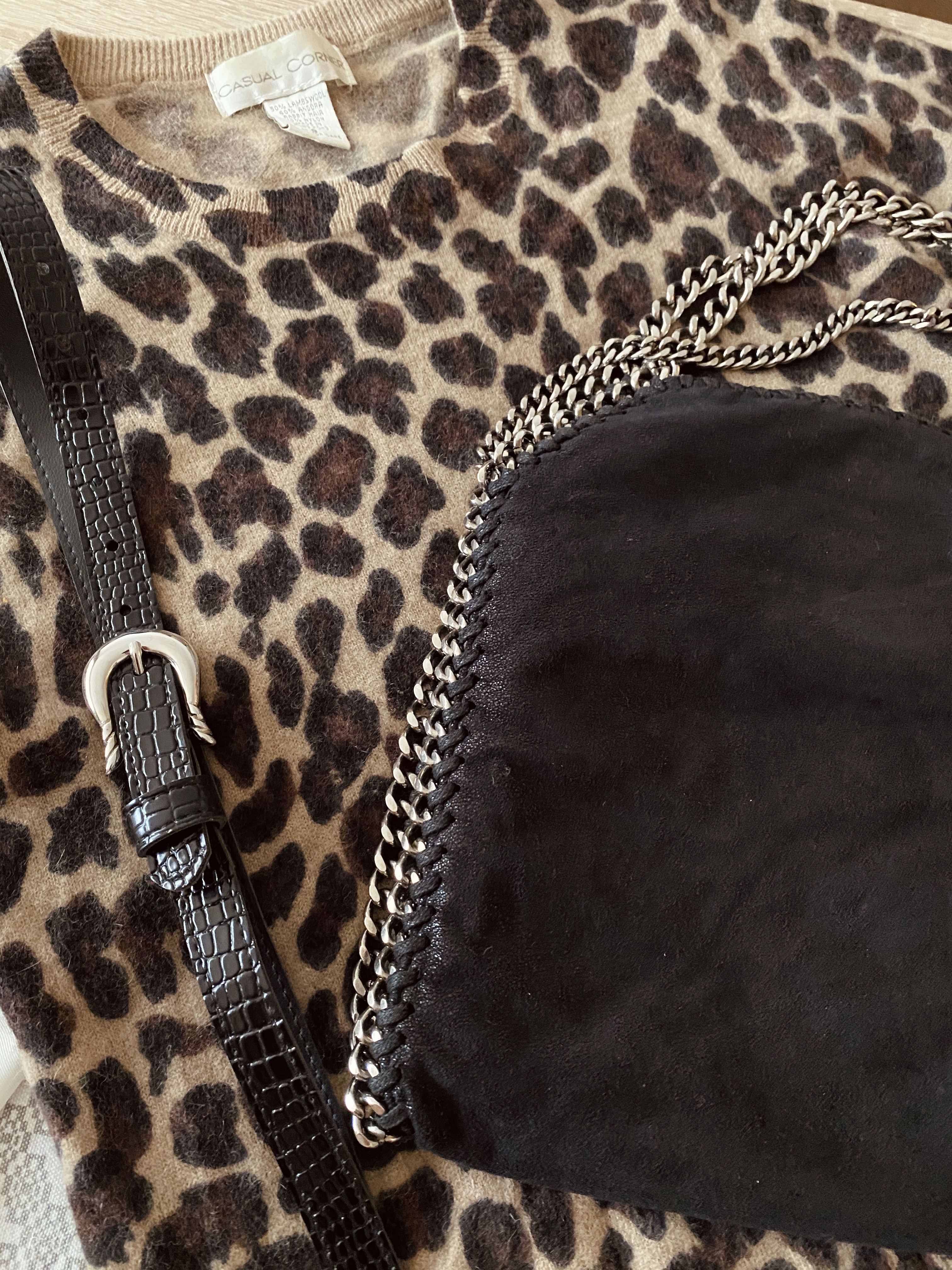 Vintage shopping, a dream for some, a nightmare for others. Where do you find yourself?

Growing up in the 90', right after communism fell, it was an era of transition for Romania. I was born in a middle class family, where both my parents worked, yet there was always a question of having enough money. My mom always liked to dress up and in dark times as those the second hand stores were the best alternative. Another outcome of living in the communism era was the fact that they didn't find much in the stores, so when brands and options appeared a lot of people, including us, brought more than we needed.

As you have probably guessed, I grew up with lots of used clothes. Also, having an older sister, meant I got to "inherit" a lot of her stuff as well. Many of the items that I had were designer clothes that I didn't even know about, since it was not on my radar at the time. For many it was a very shameful thing to go into those stores, not to mention to buy things from there, but in my family this was never the case. Should I mention that I still own, 30 years later, cashmere sweaters and silk scarfs?

After the second-hand era ended, there was a new trend, buying new things from Chinese stores. This was something that I didn't get to experiment with since the quality was very poor and my family usually invested in quality bran new pieces, such as leather coats and shoes or Levis jeans. Many preferred to have everything new, because they felt the idea of having something that was already used by someone else, outrageous.

In the late 00' the fast fashion started to arrive and even though for someone who lived in America or in Western Europe, stores as H&M and Zara were something common, for the Romanians it was something cool and was considered fancy brands. Unfortunately, many local boutiques and stores closed because of the fast fashion industry, that pretty much like the Chinese shops brought nothing of good quality.

As a fun fact here, in Romania, many big names such as Burberry or Italian brands, have factories and use the leather that is known for the good quality. But those were only here for the raw materials and the cheap labor, they would export the products since the population wasn't the targeted market.

With all of this being said, I am no stranger to the second hand items, nowadays called pre-loved or vintage. Even if vintage is a term applied for items that are at least 20 years old. I did not and I still do not have a problem with buying something that was used by someone else, the only extra step would be to wash it before wearing, but this is something that needs to be considered when buying retail as well, since you have no idea where those have been or who has touched them.

For a big period of time, I didn't go or wasn't interested in looking for items in second hand stores, it was until I saw a huge decrease in quality. I was used to having jeans that I could wear for years and sweaters that are still looking good after a decay, not after a season. Also, I have never liked artificial materials such as nylon and polyester, they are uncomfortable and make you sweat like a pig, that are now very popular. The quality pieces, such as cashmere is very pricey and the low end one, will look bad in less than a few wears.

Me, and many others, started to look for second hand stores that still had the quality items that we were once used with, unfortunately those also got filled with fast fashion brands that are now donated and re-sold in East Europe. You can still find gems, but you need to search and that will take a lot of time. As for the online versions, those are pretty monitored and there are many fakes, since most of the people will look for big names.

In the past years, I did see an increase of the websites such as Fashionphile, Ruelala or Vestiaire Collective, that offer pre-owned/pre-loved designer items that are verified by them. Also, if you like looking on Ebay , you can search for what other users are selling, but with no guarantee that it is in a good condition or that is genuine.

When it comes to buying pre-owned my biggest concern is the state of the item, it's only worth it, if it's in good condition or if it can be repaired. Yet, I don't ever take the second case, since I think it might not be worth the struggle, but I know many of you don't mind, so with a good tailor, you can give the item a brand new future if you want to invest. In the internet era, it can be hard to see things before buying, yet this is my motto when it comes to second-hand. I am not a pessimist, I am an optimist with experience, I would say.

Another issue today is overproduction and the fact that many clothes end up in the landfill, so buying pre-owned means giving that item a new life, a new chance and diminishing the amount of waste. So many turn their eyes toward this area that was until recently forgotten.

Perhaps it was because I saw the change of trend in the second hand shops, or because I was used to something else, that I think the only pieces that I want to buy are designer items that are otherwise obscenely expensive. Another exception could be quality materials such as silk, cashmere or even fur( I am not into fur and I am strongly against buying it, but I know there are people who like it and for those it would be better to buy pre-loved than kill other animals for clothing). For this category, you need to shop with care, since the natural materials degrade fast and stop looking good unless stored and cared for properly. 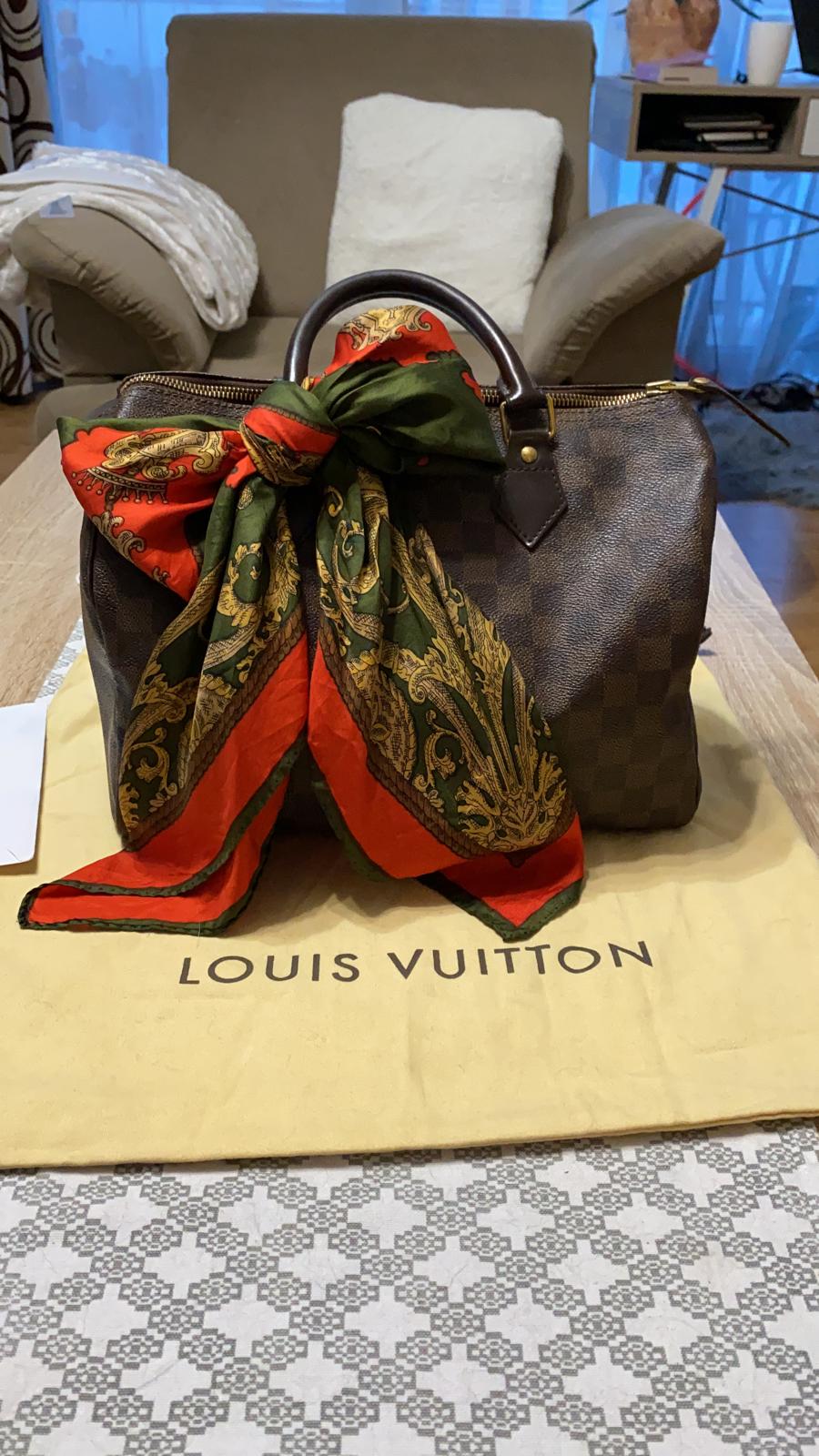 A last note in the end

There is nothing shameful or wrong with buying vintage/second hand/pre-loved/pre-owned. It should be more and more encouraged, just to end the infinite loop that we are in with the fast fashion stores that only create more waste and pollution. Perhaps it's not for everyone, but it's worth trying, at least for me, it can give me the thrill of gambling, you never know when you will be served a good hand.