What If Contentment Were a Choice? Five Life-Changing Lessons That I Learned from Working as a Therapist 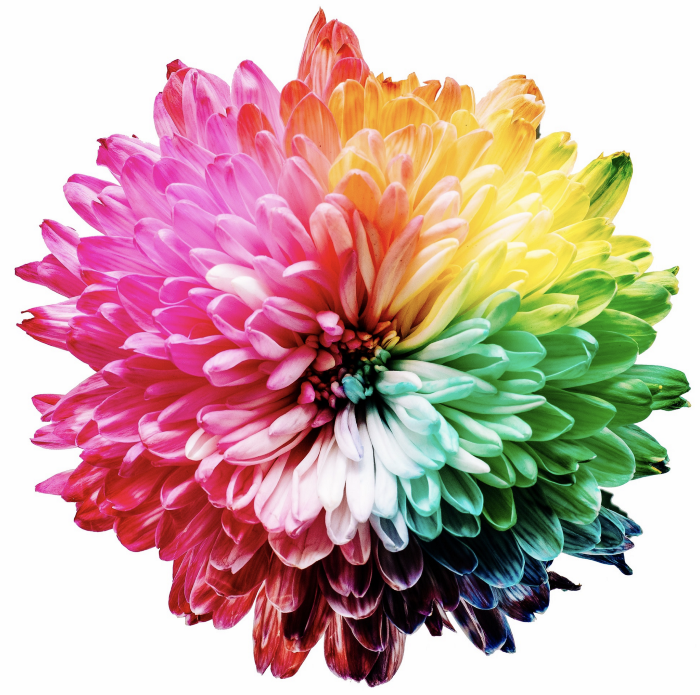 Therapy is a transformational thing, not just for the therapy, but for the facilitator too. In connecting with client after client, and in watching them overcome their own mental demons, this job (re)teaches me on a daily basis how to live a freer, more connected and more satisfying life.

“And the day came when the risk to remain tight in a bud was more painful than the risk it took to blossom.”

If you type “People don’t…” into Google, its first guess for the completion of your sentence will be “… change.” The world seems to want us to believe this, but the idea is quite ludicrous. If people didn’t change, then we’d all still be running around in our Spiderman jumpsuits trying to deface our little sister’s My Little Ponies (just me?).

Of course we change. We’re changing every moment of every day. Our brains literally, physically change to accommodate new information. They reshape themselves to make frequently thought ideas more efficient in the future. So, think something like “life is brilliant” every morning, and before long, you’ll have a bespoke brain made for thinking about life’s brilliance. On top of that, our cells regenerate, our values reorganise themselves, and we make (and break) habits all the time… We are evolving things. Change is what we do.

Working as a therapist means that I get to witness people changing on a daily basis. I see clients letting go of phobias, addictions and other issues that have plagued their lives for decades. Over the years, those experiences have strengthened my faith in my own ability to evolve when I want to. It’s not effortless, but it’s a hell of a lot easier than I once thought it would be, because my clients have hypnotised me into believing that change really is possible.

So, if there’s something that you think you’re stuck with, then fear not. You probably aren’t. It’s just a matter of training your brain to believe otherwise.

Contrary to how it can seem, happy people are not happy because they just don’t have negative thoughts. Their secret is knowing that those thoughts are not reality, and that they don’t have any real power.

When a client’s life is being ruined by catastrophic visions of the future, or an inner critic that spins torturous stories about their lack of worth, our sessions will involve work for claiming control over the more problematic patterns.

It starts with awareness. The knowledge that we’re thinking a thought already de-potentiates it. After that, we can play with it (quite literally) to further deny it of impact.

Human beings are programmed to learn through play. We’ve been growing this way ever since out very first Spidey-suits. Some of the most easy and effective therapeutic interventions utilise this fact to help people change their minds (again, literally). Here are two of them for you to have some fun with:

These things aren’t magic tricks. They’re just ways of making meaningful suggestions that the unconscious mind can hear. The more often you practise sending the message that you can control your own thinking, the easier it’ll be for you to automatically let go of the less-than-positive ideas that you have in the future… just like those other happy people do.

(For a more detailed description of how and why these playful techniques work, read A Language You Didn’t Know You Spoke).

3. Everyone is doing their best

Perhaps the most wonderful gift that therapy gives is tolerance. But “tolerance” isn’t really the right word. What I mean is “love”, no matter how cheesy that sounds.

Hearing people’s stories — what they’ve been through that has led to their decisions; the fear, shame and self-loathing we all battle with from time to time — means that we can more easily see past the errors and the questionable acts. It’s not that we start to feel OK about people doing “bad things”. It’s that we can know that they haven’t done those things because they’re fundamentally evil, but because they’re struggling.

The reason this is so powerful is that it means we can let go of the resentful drive to “get people back” when they mistreat us in some way. Getting even is a flawed strategy for feeling better about ourselves. It’s far more effective to choose acceptance.

I believe it really is that simple. That’s not to say that it’s easy, but then again, the things really worth doing in life rarely are.

4. All emotions are beautiful and useful

When people visit a therapist because they struggle “negative” emotions like fear, anger, sadness or grief, they’ll usually want to “get rid” of that discomfort. But, as Susan David so eloquently puts it, to wish for this is to have “dead people’s goals.”

— Susan David, The Gift and Power of Emotional Courage

I battled with fear for a very long time. So much so that my body started to break down — I burned out from the exertion of a chronic state of “fight or flight” because I was so determined not to experience my “negative feelings”. Ultimately, that crash forced me to come to terms with my resisted emotions, and doing so meant that I learned to see them differently. You see, accepting discomfort is not the same as dwelling on it. It turns out that when you allow the experience of emotional pain, it transforms into something else.

The rule that I live by now is this:

Pain does not happen to us but for us.

These days — and admittedly, it’s not always immediate — I choose to ask myself what my emotions are here to teach me. It’s beyond empowering. Doing this means that you can make meaning out of misfortune, rather than feeling like the hapless target for terrible luck. I couldn’t recommend it more highly.

5. Every day can be a good day

OK, that’s a little glib. We’re all going to have crappy days, yes. But maybe we could have fewer if we lived by these rules more often. Bring all the points here together and you get this:

At any moment, on any day, we always have a choice in both how we feel and how we act.

So, do we opt to feel victimised by the thoughts in our mind, the feelings in our body or rubbish things that happen to us? Or, do we choose acceptance, growth and ultimately, contentment?

A client of mine returned from a yoga retreat a few weeks ago, beaming because of something a Buddhist monk had told her. He had simply said that “happiness is a practice”. We can create contentedness by waking up in the morning and deciding to to feel OK.

So, what would you pick for yourself today if you were to choose how to feel?What are the changes you’d most like to make? Which situations or relationships in your life could be improved by your remembering to see the good in others? And, if you’ve been experiencing some challenging emotions of late, what can you learn from them that’ll make your future better?

N.B. If you had an answer to any of those questions, but then a little voice piped up to say, “Yes, but I can’t do that because…”, then you can thank Mickey for his input, but kindly remind him that he can’t tell you how to live your life.

Read more in the book:

A book on the psychology of self-sabotage and how to take control.

Order it now on Amazon.