I hope you’re all doing well and keeping safe!

While attempting to amuse myself during lock down I deiced it was time to catch up with one of my favourite theatre YouTubers – Georgie Ashford.

Georgie is an actress and YouTuber who has stared in productions like Legally Blonde, Beautiful – The Carole King Musical and Showboat to name but a few.  If you’ve not seen her channel as of yet you can click here to have a gander. Go on, I’ll wait. 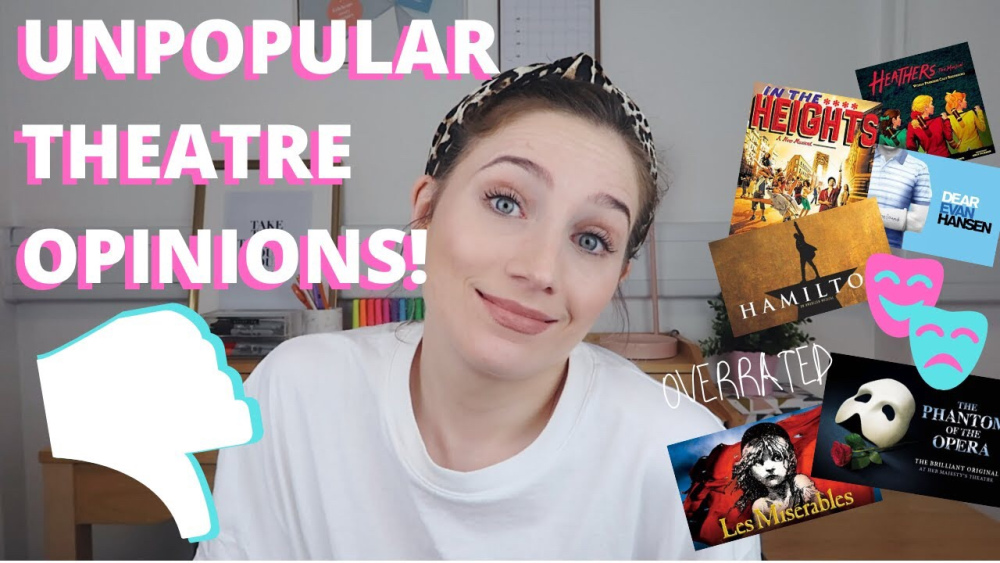 You back? Great! You loved it didn’t you?I adore Georgie’s channel as she speaks not only as a fan, but as a professional with first hand experience. She’s able to create discussions while looking from both perspectives, and is nothing but respectful while doing so.

In one of her recent videos, Georgie delved into to the world of Reddit, and discussed a number of the “Unpopular Theatre Opinions” she found.As theatre fans, I know we can all lean towards the dramatic side of things, which makes this such a fun topic to discuss and as we’re all so passionate, many of us can be very vocal with our strong and unshakable beliefs. In her video, Georgie covered some incredibly interesting opinions, many of which I really wanted to throw my two pennies into and so thought what better way then writing a blog post?! So hear we are, below are my thoughts on some of the Unpopular Theatre Opinions from Reddit.

Unpopular Opinion: “I Loved the Les Mis movie”:This seems to be such a Marmite topic of the theatre world, however I have to say I’m pretty placid. I neither love, nor hate this film. Sure, there are aspects I love like the plethora of West End and Broadway stars featured, and likewise there are a number of changes I cannot get on board with – primarily Valjean’s wandering during Bring Him Home.Due to Les Mis’s legendary reputation, I think any kind of adaptation was due to fail in comparison, but for me, it is a good effort. If I have the choice I will always turn to the 25th Anniversary Concert or 2019 All-Star Concert before the film, but sometimes I just want to spend and evening with Aaron Tveit belting into my face. 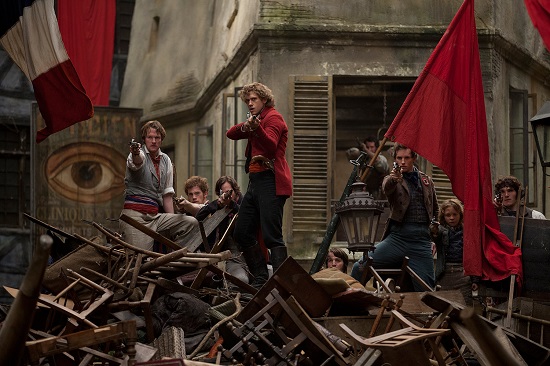 Unpopular Opinion: “Every show doesn’t deserve a standing ovation”:I 100% agree with this. Before you grab your torches and pitchforks to burn me in a March of the Witch Hunters-esque style, hear me out.I believe every show should receive an applause and every cast should be treated with respect, after all they’ve (usually) just given their everything in the name of entertaining you.That however does not mean you have to give a standing ovation. For me personally, I think standing ovations should be reserved for a show or production which has wowed or moved you beyond the usual. If your socks remain on your feet, it’s okay for your bum to remain on your seat.

As Georgie mentioned in her video, standing ovations seem to have just become the norm now, and if everybody around you is on your feet, you feel obliged to join them.

I just feel if you’re giving the highest praise to EVERY show you attend, what kind of response do you have left for any which astounds you? The more you dish out standing ovations, the more they begin to loose their meaning.If you are genuinely blown away by every show you attend then by all means, get up on your tootsies and give a cheer. No judgement here.

Unpopular Opinion: “I don’t think Phantom of the Opera is a very good musical”: Okay, someone’s gonna need to hold my drink ….In all seriousness, everybody’s entitled to their own opinion and all that jazz, but I couldn’t disagree with this statement more.Not only is Phantom one of my all time favourites, it’s Broadway’s longest and the West End’s second longest running musical.

While I completely get some not liking the show, I mean, sure, it is very dark and very melancholy, and sure, some people struggle with a sung-through show, but I don’t think it’s fair to say Phantom’s not a good musical. It’s clearly doing something right if it’s lasted 30+ years. You’re welcome to your opinion, but you can still appreciate a “good” show without actually liking or enjoying it.

Unpopular Opinion: “I recently told some friends I wasn’t that into Hamilton, and they looked at me like I killed a puppy”:Honestly, I included this opinion as it made me chuckle.So when the Hamilton hype was in full swing, I wasn’t really bothered. A number of friends told me I’d would enjoy it, I took an (incredibly expensive) chance, and completely fell in love.Hamilton is now one of my favourites, but I completely get it’s not every bodies cup of tea. Sometimes you only want one revolutionary musical in your life and that’s okay.

Unpopular Opinion: “Entrance Applause – Disrupts the scene, save it for the end, the actor hasn’t even done anything yet”:I think this is such an interesting topic, and one I can say I whole heartily agree with.In my experience, the only UK show where I’d seen this happen was Heathers, but this was a big thing on Broadway.If I’m completely honest, it made me feel uncomfortable. By not partaking in the cheering and in some cases, frantic screaming, I felt like a 90’s parent at an NSYNC concert. Out of place and somehow missing the point.

Trust me, I know how exciting it is seeing your favourite star strut onto the stage, I mean, you should’ve seen my face when Matt Willis was wheeled onto the Wicked stage (don’t judge me – it was a childhood dream and hindsight is a beautiful thing), but I managed to save my screams for the McBusted tour a few years later. We go to the theatre to see shows, the actors should be a nice bonus and should not disrupt the running of a production.

These are just a few of the opinions featured in Georgie’s video, but I thought I’d finish by throwing a couple of my own into the mix:

My Unpopular Opinion: I like Nick Jonas in the Les Miserables 25th Anniversary Concert:To be honest, I really don’t understand why he receives so much hate. I think he sang the role well, had beautiful chemistry with both Katie Hall and Samantha Barks, and I’ve never seen him live, so cannot comment on his acting.I get the argument that so many other young West End actors could’ve been given the role, but let’s be honest, this wasn’t the first celebrity stunt casting. Nick did a good job. To quote our main man, JVJ, “Let him be”.

My Unpopular Opinion: I didn’t hate the CATS movie:Anybody who has previously read my CATS review will know where I stand, but to summarise, yes it looks weird, but as far as I’m concerned it certainly did not deserve the negative attention it received.

And there we have it. I’ve exhausted my opinions, but I’d love to hear yours! Do you agree with any of the above, or perhaps you have our own Unpopular Theatre Opinions? To join in with the conversation you can Tweet us, leave a comment over on our Facebook or drop a comment below.